On July 7 the CFPB removed requirements that lenders ensure borrowers can repay a loan before issuing it, and limited how many successive loans could be taken out by a borrower.

“The USCCB has long advocated for a strong Consumer Financial Protection Bureau rule to prevent payday loan abuses to protect poor and vulnerable people. I am deeply disappointed by their final rule that strips away even the basic requirement that loans be made only when people can afford them, setting up workers and families to fail,” Archbishop Paul Coakley of Oklahoma City, chair of the US bishops’ domestic justice committee said July 10.

He called payday lending “modern day usury,” saying the loans “are structured in a way that makes it nearly impossible for borrowers to repay in the short timeframe, often with triple-digit interest rates. The practice exploits the financial distress of vulnerable people and communities for the sake of profit, contributing to an economy of exclusion.”

Archbishop Coakley commented that the coronavirus crisis has heightened the importance of “economic protections and just lending practices.”

“We must work to ensure that those facing financial hardship are met with economic policies that promote the dignity of the human person and the pursuit of the common good. We encourage the U.S. Congress to take up measures to protect consumers and restrain predatory lending,” he concluded.

The payday lending industry lobbied for the rules to be rescinded; the CFPB has found that the industry collects between $7.3 and $7.7 billion dollars annually from the practices that would have been barred.

The CFPB has said that the “legal and evidentiary bases” for the rules, which had been announced in 2017, were “insufficient.” According to the bureau, the rescission “will help to ensure the continued availability of small dollar lending products for consumers who demand them.”

Kathy Kraninger, director of the CFPB, said July 7 that “our actions today ensure that consumers have access to credit from a competitive marketplace, have the best information to make informed financial decisions, and retain key protections without hindering that access.”

According to Rep. Glenn Grothman (R-WI), 12 million Americans take out payday loans per year, at an average interest rate of 391 percent.

Grothman is consponsor of the the Veterans and Consumers Fair Credit Act of 2019, a bill that would limit the interest rate on payday and car title loans. The bill would expand the 2006 Military Lending Act rate cap – which only covers active military members and their families – to all consumers. It would cap all payday and car-title loans at a maximum of a 36% APR interest rate.

Several states have already capped the interest rate at 36% or lower.

The Church has consistently taught that usury is evil, including in numerous ecumenical councils.

In Vix pervenit, his 1745 encyclical on usury and other dishonest profit, Benedict XIV taught that a loan contract demands “that one return to another only as much as he has received. The sin rests on the fact that sometimes the creditor desires more than he has given. Therefore he contends some gain is owed him beyond that which he loaned, but any gain which exceeds the amount he gave is illicit and usurious.”

In his General Audience address of Feb. 10, 2016, Pope Francis taught that “Scripture persistently exhorts a generous response to requests for loans, without making petty calculations and without demanding impossible interest rates,” citing Leviticus.

“This lesson is always timely,” he said. “How many families there are on the street, victims of profiteering … It is a grave sin, usury is a sin that cries out in the presence of God.” 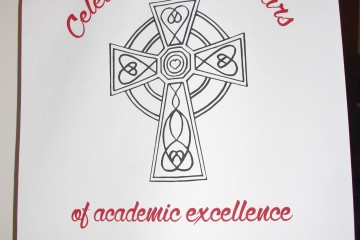