VATICAN CITY (CNS) — Pope Benedict XVI is considering making some changes to the conclave rules and rituals before he leaves office Feb. 28, the Vatican spokesman confirmed.

Jesuit Father Federico Lombardi, the spokesman, told reporters Feb. 20 that any papal document is more likely to deal with possible discrepancies between the apostolic constitution governing the election of popes and the ritual handbook for carrying out the election than with questions over when the conclave can begin.

The pope is considering issuing a document “in the next few days, obviously before the ‘sede vacante’ begins, to clarify some particular points that have arisen in the last few years about the apostolic constitution on the conclave,” Father Lombardi said.

“I do not know if he will find it necessary or opportune to make a clarification about the timing of the beginning of the conclave,” he said.

“We’ll have to see if and when this document will be published,” he added.

Under the rules established in the apostolic constitution “Universi Dominici Gregis” on the vacancy of the papacy and the election of a pope, cardinals in Rome “must wait 15 full days for those who are absent” before they can enter into a conclave and begin the process of electing a new pope.

The question has arisen, including among leaders of the College of Cardinals, whether the 15-day rule applies if all the cardinals are in Rome before that.

Father Lombardi told reporters earlier that some experts have argued that members of the college could decide whether or not they had to wait, giving another section of “Universi Dominici Gregis,” which says, “Should doubts arise concerning the prescriptions contained in this constitution, or concerning the manner of putting them into effect, I decree that all power of issuing a judgment in this regard belongs to the College of Cardinals, to which I grant the faculty of interpreting doubtful or controverted points.”

Ambrogio Piazzoni, vice prefect of the Vatican Library and author of the book, “History of Papal Elections,” told reporters his interpretation of the document is that the 15 days is tied exclusively to the arrival of the cardinals, who could begin the conclave earlier if they were all assembled.

Piazzoni told reporters the 15-day rule was established by Pope Benedict XV in 1914. He was elected at a conclave that began 10 days after the death of Pope Pius X; the cardinals from Boston, Baltimore and Quebec were among those unable to get to Rome in time to participate. 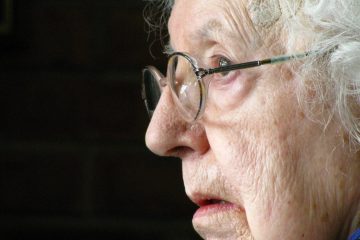