Curious what Pope Benedict XVI‘s immediate successor will look like? Almost certainly he will be chosen from among the 117 Cardinal-electors pictured below. A cardinal must be below the age of 80 to vote and participate in the conclave.

While a person does not need to be a cardinal to be elected, it has become the norm to elect the pope from among that group. The last pope who was not a cardinal yet when elected was Pope Urban VI in 1378.

The last man elected pope who was not even a priest yet was Pope Leo X in 1513, though he was a cardinal-deacon at the time. 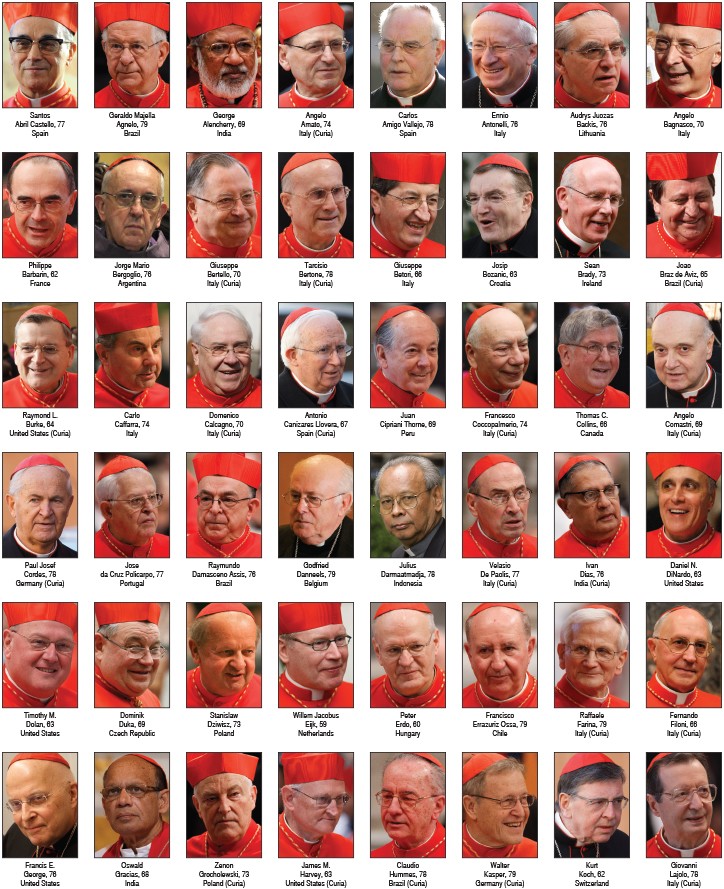 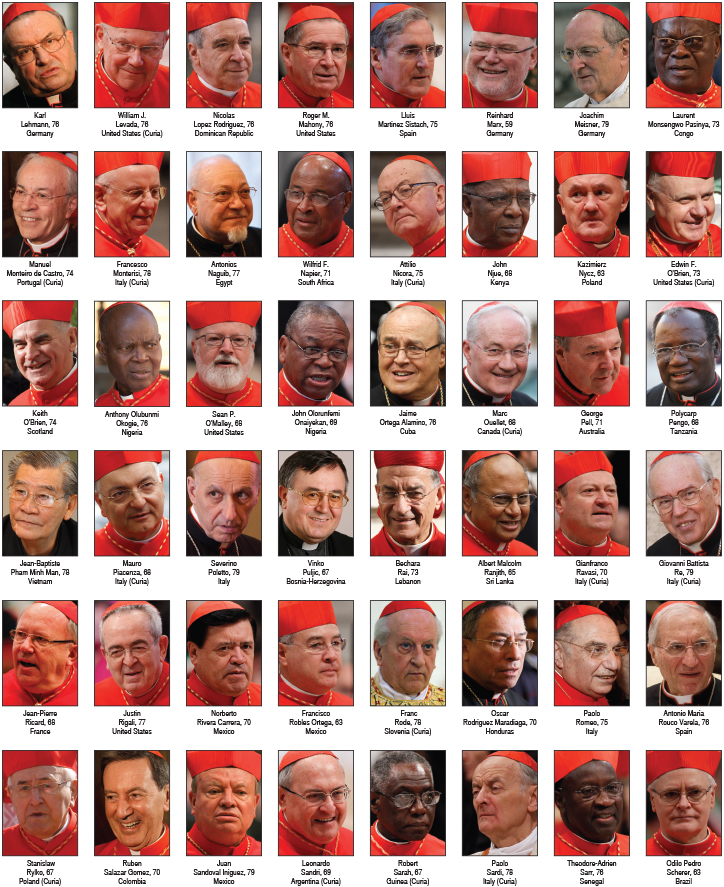 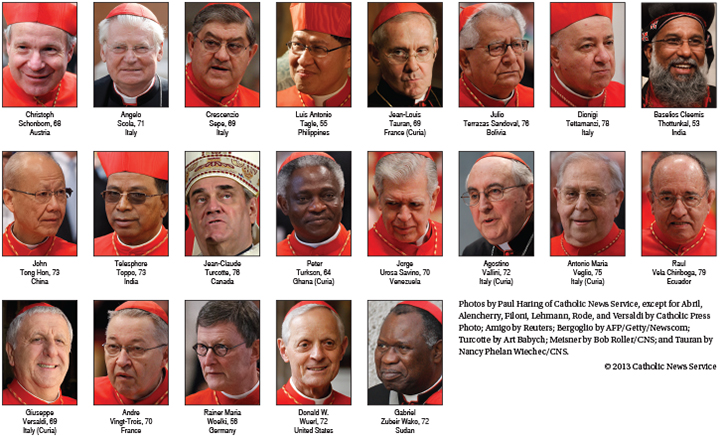 Information from the Catholic News Service was used in this report.