Venerable Augustus Tolton, the first widely recognized African-American priest, is a model for how to overcome racism and persecution, the Archbishop of Philadelphia said last week.

“The way Tolton internalized and processed hurt, rejection and injustice” shows “a way that we can do so ourselves,” Archbishop Nelson Pérez of Philadelphia said June 26 to a retreat of the racial healing commission of the Archdiocese of Philadelphia at St. Charles Borromeo Seminary in Wynnewood, a Philadelphia suburb.

Peter Paul escaped shortly after the beginning of the Civil War and joined the Union army, dying shortly thereafter. Martha Jane then escaped to Illinois in 1862 with Augustus and his siblings, Charley and Anne.

Augustus went to Rome in 1880 to attend a seminary of the Congregation for Propagation of the Faith. He was ordained a priest in the Archbasilica of Saint John Lateran on Holy Saturday 1886, and was sent back to serve in Illinois in the Diocese of Alton. He worked at a parish in Quincy, but met with opposition from a white priest, and in 1889 secured permission to transfer to the Archdiocese of Chicago.

In Chicago he founded a black parish, Saint Monica’s. He died July 9, 1897 from heat stroke and heart failure, at the age of 43.

“This man … literally died of exhaustion in giving himself to people, probably some of the very people that rejected him,” Archbishop Pérez preached at a June 26 Mass honoring the priest at the Cathedral Basilica of Saints Peter and Paul.

Venerable Tolton “persevered because what was in his heart was love,” the archbishop said.

The intolerance Venerable Tolton faced made his heart grow bigger, “rather than shrink,” Archbishop Pérez said to those on retreat.

Madeline Tymes, a supporter of Tolton’s cause for canonization, said the priest “serves as an inspirational model for all Christians on how to handle persecution and hardship on life’s path,” according to Catholic Philly.

The Archdiocese of Chicago opened Fr. Tolton’s cause for canonization in 2010. In June 2019 he was declared Venerable, an acknowledgement that he lived a life of heroic virtue.

Fr. Daren Zehnle, the founder of an Illinois pilgrimage in Venerable Tolton’s honor, told CNA in 2020 that the priest pastored beyond racial barriers: “He saw the dignity of people made in the image and likeness of God. That was a turning point for what he did. That is one of our goals – to help people rediscover that basic approach to other people is to see in them Christ the Lord and to try to minister to Jesus in that other person as best as we can.”

Who is the nun who will be beatified with Cardinal Wyszynski, Poland’s ‘Primate of the Millennium’? 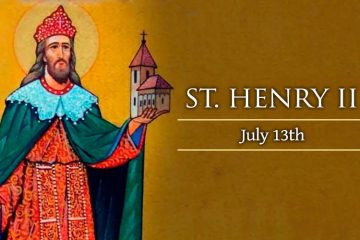