The people of Oregon and California are now all too familiar with those warning levels, as wildfires in both states continue to rage, burning millions of acres and killing at least 36 people, with dozens more missing.

Smith said while he was not yet aware of a Catholic church that had burned to the ground, there were several that reached level three evacuations, leaving some pastors hop-scotching to avoid the next blaze.

The blazes choked the air with so much ash and smoke that the skies turned orange, and the clouds of smoke were visible on satellite images.

“It’s just weird. Occasionally in winter, you’ll have days with this cool thick fog that comes on the city, and you get used to driving in fog,” Smith said. “But this isn’t fog, it’s smoke.”

Catholics in both Oregon and California are facing the loss of homes, property, and possibly loved ones to the fires, Smith said, while Church-sponsored charities gear up to assist both with immediate needs and in the long-haul recovery to come.

“I do know that there’s been some wonderful charity in some of our parishes where they’re organizing to take people in, to care for people, to provide a place for them to evacuate,” Smith said.

“As always in a major tragedy or crisis like this, you sometimes see the worst in people (like looters), and then you see the best in people,” Smith said. “Suddenly the neighbor who you just sort of said hi to you, now you’re trying to help them in a way that you wouldn’t have done before. These things bring out a lot of the inherent goodness in people to help support one another in moments of crisis.” Deacon Rick Birkel, executive director of Catholic Charities of Oregon, told CNA that it was too soon to know the full extent of the damage of the fires, as some of the worst-hit areas were still inaccessible by government agencies.

“In some of the worst impacted communities we haven’t even been able to get in,” he said. “The National Guard, Red Cross, no one has been able to even get into those locations yet, it’s still too hot.” “There is this grave concern that we’re going to find mass casualties and we’re preparing for that possibility,” he added. Birkel said as with most crises, the wildfires were going to have the worst impact on the poor and the vulnerable.

“The people who are being impacted by the fires are very diverse, of course, but you still have the farm workers out working in this weather…they’re some of the most vulnerable people not able to shelter, they’re out working,” he said. Prior to the fires, Catholic Charities had been working on the streets to serve the homeless, “which now is just so much harder, but also so much more urgent because all these people sleeping outside are already vulnerable and now…the only way they’re going to get off the street is through the emergency room,” Birkel said. Catholic Charities has been partnering with agencies such as the Red Cross as well as local parishes to provide food and shelter during the fires, Birkel said. In both the short and long term, one of the biggest needs is going to be housing, he added, and so they are raising funds for a privately-funded emergency shelter as well as for longer-term housing solutions. “Housing is the critical, fundamental intervention that people need when things get really bad, whether it’s COVID or fires or whatever,” he said.

Catholic Charities USA also has a wildfire relief fund accessible online, while the Knights of Columbus in Oregon are also taking donations for relief, The Catholic Sentinel, a local publication, reported. In California, where wildfires have been burning since August, relief efforts are still “just barely scratching the surface” as more needs arise and the level of damage is assessed, Ashlee Wolf, development director for Catholic Charities of the Diocese of Fresno, told CNA. Through partnerships with The American Red Cross and The Salvation Army, Catholic Charities has helped with both food and clothing distributions for these fires, Wolf said, though one of their current needs is for more volunteers to help organize the donations. In an email to the Board of Directors of Catholic Charities of Fresno, shared with CNA, Wolfe noted multiple ways the charity has already responded to the immediate needs of those affected by the fires, including a call they received about the La Quinta Inn in nearby Clovis, which has become a shelter for numerous survivors and firefighters. “After speaking with the hotel manager, we learned that the hotel was housing 23 families displaced by the fires, as well as 20 firefighters who are staying there in between shifts. Many of the families were brought there by (a local) bus and had no transportation to be able to get to any of the other resource centers with access to food. Each room had a refrigerator and microwave, so Jeff and I called one of our most reliable food vendors, purchased two car loads full of microwavable and non-perishable food, and personally delivered it to the hotel for those evacuees and firefighters staying there,” Wolf shared in the email.

Judy Dietlein, President of the Society of St. Vincent de Paul’s Sacramento council, told CNA that while she has experience working in wildfire disaster relief, this year has been a “unique disaster” in that the fires are so spread out, making relief difficult to centralize.

“In the (2018) Camp Fire, there was a disaster recovery center in Chico. Everybody went there and found out what they needed to do and FEMA was there and we were there. And it’s not the case now. There are these little offices here and there,” she said. “These are so spread out that it’s really hard to find the people to get them the help that they need. They are being evacuated to hotels versus shelters, as they would be in the past,” she added. Dietlein said the council is “doing what they can” right now, including handing out gift cards, helping with resource referrals, and taking down contact information of the displaced. She said while St. Vincent de Paul isn’t necessarily equipped to be a first responder agency, they are gearing up to help people in the long-term, in the months and years after the fires when they are trying to rebuild their lives. Something the case workers of St. Vincent de Paul have learned from working with previous wildfire survivors is that they need a way to keep all of their paperwork organized, Deitlein said, and so they have been handing out binders to the survivors. “(Wildfire survivors) talk to so many people. They get names of people, they get forms to fill out from insurance…so they’re handing out these binders so they can put all of their important papers in one place. And that came out of experience from the Camp Fire,” she said.

When asked how Catholics can help, Dietlein said that prayers are always welcome. She said when it comes to donations, money is usually the best, because it can be difficult to organize donations of physical items like food and clothing. Bishop Smith asked Catholics to specifically pray that the weather would change in Oregon to be more favorable for the firefighters. The area was expecting rain Sept. 15, but then that got pushed back a few days. “Pray for the weather to change. Oregonians complain about the rain, but we could do with a bunch of it right now. And pray for the winds to die down to help the firefighters,” he said. “And pray for people affected by the fires, for their wellbeing and consolation. And then there are also other ways that you can support folks financially or with other resources…we will need to get a better sense of what the needs are and what people have lost through all this to help them move forward,” he said. He also encouraged Catholics not to despair, even though things may seem heavy right now. “We’ll get through this,” he said. “The Church has been through a whole lot worse than this, but the thing is when you’re in the middle of the storm, most of the time, all you comprehend is the storm. And when you’re in that storm, it’s like, when will this ever end? Because all your energy is focused on getting out of the storm and getting through the storm alive.”

McAuley and Mother Mercy High Schools are asking for opinion 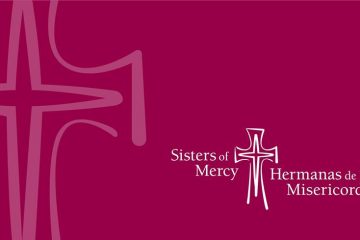