As vocations director for her community, Marianist Sister Nicole Trahan has witnessed firsthand how meaningful the opportunity to explore a call to religious in a prayerful, no pressure setting can be for a woman in discernment.

That’s exactly what the Marianist Sisters hope to provide at the Annunciation House, a small home in Kettering, not far from the University of Dayton campus, where women discerning a possible vocation can experience life with the community. The house opened its doors last August, said Sister Nicole. She currently resides there along with Sister Marcia Buchard, and Gabby Bibeau and Caitlin-Cipolla McCulloch, both UD graduates. Sister Nicole, who teaches religion at Chaminade Julienne High School in addition to her vocation ministry, said interest in the Marianist community, which numbers some 300 sisters worldwide, has grown in recent years.

“I think its because young people, the Millennial generation, are pushing back against the individualism of previous generations, and even in some ways, secularism. They want to change the world for the better and feel they can do it more effectively through community. They have a desire for deeper prayer and want to be closer to God. I think this is what draws people to religious life.”

Women in the discernment process can choose to live in the house from one month up to a year. While there, they participate in various aspects of community life — shared meals four times a week and coming together for daily Mass and prayer

Cipolla McCulloch has resided there since it opened, Tibeau since December. Both women plan to enter the Marianist community in August. Living at Annunciation House is not requirement during the discernment process or to join the Marianists, but it does provide a valuable opportunity for women who are considering religious life, said Sister Nicole.

“It allows space for them to discern whether or not Marianist religious life is something to which they are called, a space in which they live in the community, pray with us and receive our support, without the pressure of being in formation or any expectation of moving forward,” she said. “It’s a chance for them to get to know us in a less formal setting.”

The women have had many discussions about the role of religious in the church, poverty and obedience, and both blessings and challenges of being part of a religious community, Sister Nicole said.

She views her role in vocation ministry as one of helping women through discernment, whether it leads them to enter religious life or not. “As long as they’re not running from something, if it’s something they prayed about and it’s a good discernment, that’s what’s important to me. We just want to help women make the best decision for them.”

“Living in community with the sisters has been essential in my discernment because actively ‘trying on’ religious life is a huge help when you are trying to discern if it’s what God is calling you to,” Bibeau said in the Spring 2014 issue of the University of Dayton Magazine. “Living with the sisters has me feel very alive, more my best self. That’s a good indication that it might be what God is calling me to.”

This article originally appeared in the June 2014 print edition of The Catholic Telegraph. 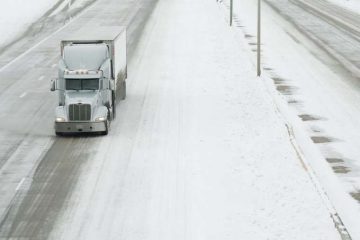