ROME (CNS) — For more than 900 years, the Sovereign Order of the Knights of Malta has seen its fair share of victories, defeats and institutional changes.

However, those challenges did not prepare them for the intense media scrutiny that followed a very public crisis in the order at the beginning of the year.

Mauro Bertero Gutierrez, a member of the order’s Government Council and the person overseeing the institutional reform of Order of Malta, said that while the first months of 2017 “were indeed troubled times,” the crisis also offered an opportunity to “update the rules by reaffirming our identity.”

“Our reform is directed mainly at reaffirming the mission we have had for the last 900 years. When we say mission, it’s in many ways a way of going forward without forgetting that many times to go forward, you must be willing to go back” to the source of the order’s spiritual commitment of service to the sick and the poor, Bertero told Catholic News Service Aug. 1.

The crisis was triggered by an incident involving one of the many charitable projects the Order of Malta is involved in through its humanitarian relief agency, Malteser International.

Albrecht Freiherr von Boeselager, the order’s grand chancellor, was serving as health minister in 2013 when Malteser International worked with several aid agencies on a project in Myanmar aimed at preventing the spread of AIDS. Among other things, the project distributed condoms, something von Boeselager later said “had been initiated at a local level without the knowledge” of Malteser International headquarters.

Von Boeselager said that when he found out, he moved to halt the distribution of condoms and, he added, he never tried to conceal what had happened.

Fra’ Matthew Festing forcibly removed von Boeselager from his post as grand chancellor Dec. 6, 2016, citing “severe problems” during his tenure as grand hospitaller of the Order of Malta and “his subsequent concealment of these problems from the Grand Magistry.”

Pope Francis established a commission Dec. 22 to gather the facts and “completely inform” the Holy See about the circumstances leading to von Boeselager’s removal as well as to foster dialogue and a peaceful resolution.

However, Festing insisted that the former chancellor’s removal was an act of internal governance that fell exclusively within the order’s power and questioned the legality of the investigation into von Boeselager’s removal.

Although the order’s sovereignty was at the heart of the argument against the papal commission, Bertero said the sovereignty was not “put into discussion” during the investigation and was affirmed by Pope Francis.

“We are members of the Catholic Church; we owe our total loyalty to the Holy Father,” Bertero told CNS. “But make no mistake: We are a sovereign Order of Malta. We have been and we’ll continue to be one.”

After receiving the commission’s report, Pope Francis met with Festing Jan. 24 and accepted his resignation.

The pope then named Archbishop Angelo Becciu, Vatican substitute secretary of state, as his special delegate to the knights, asking him to work closely with them to carry out “the appropriate renewal of the order’s constitution.”

The crisis put the Order of Malta into the media spotlight with numerous articles speculating about a rift between conservative and progressive factions within the ancient order.

“I don’t remember any other time in our order’s history of having such media publicity or high media profile,” Bertero told CNS.

Nevertheless, while the institutional crisis could have “distracted us from our mission,” Bertero said, the order never weakened its focus on serving those most in need.

Regarding the issue initially used to justify von Boeselager’s removal — the distribution of condoms — Bertero said church teachings were never questioned and the order has a “different understanding of what happened.”

“It’s different when you are involved in a humanitarian effort to protect (women) who were being raped by people who are involved in a civil war than (it is) to go out distributing condoms in the discos in Rio de Janeiro during carnival time,” he told CNS. “There is a morally important difference and perception. And I believe that was understood by the Holy Father and that was also understood by the world community.”

However, he added, the order “learned from this” and now relies on the help of bioethicists both within and outside the order who assist in evaluating moral and ethical issues that arise as the order maintains its primary focus on providing healthcare and humanitarian relief to those in need.

“What would the Lord say? What would the Lord do? That’s what we do in the Order of Malta,” Bertero said. “We listen to our heart and we act according to the Catholic teachings of the church and our responsibility, which is a moral one as human beings.

The reform, he continued, is a way of assuring that the Order of Malta is better prepared to fulfill its charitable and humanitarian duties in the modern age without straying from the mission entrusted to it since their founding in Jerusalem in 1048. 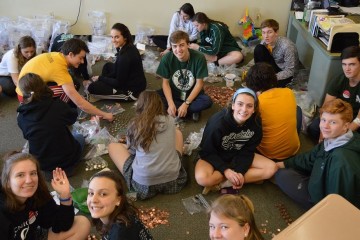