Neither of them were long-time bakers when they applied to be on network television’s only prime time baking contest. An experienced cook, he’d only been baking for a few months. She’d baked cakes, lots of them – and after baking for her large wedding last winter, had vowed never to bake again. But a friend recommended that he apply. And after binge-watching the 2016 program, she reversed her resolution and applied on a whim.

They met each other at the show’s two casting calls. “I never thought they would pick two people from Cincinnati,” said Jessie Salzbrun, head of product for the Cincinnati app developer FamilyTech, who taught herself to bake exotic pastries while applying for a spot on ABC’s “The Great American Baking Show.” “I thought if they picked one of us it would be him, because I he had the better story.”

“He” is parish priest (and former archdiocesan vocations director) Father Kyle Schnippel. The pastor of Corpus Christi and St. John Neumann Parishes, he did, indeed, get a spot on the show. But so did Salzbrun. Local fans of the three-week Christmas series (formerly “The Great Holiday Baking Show”) saw two Cincinnatians among the 10 vying for holiday glory in a program filmed in England on the set of the smash British hit, “The Great British Baking Show.”

Thanks to cable and the internet, American cooking show fans eat up the British program, which pits 10 home bakers against each other in a giant kitchen set up in a tent on a field. Now in its third season, the American version features elaborate baked creations for holiday meals. Both Father Schnippel and Salzbrun said that nothing about the competition is false, from the time limits (“real”) to the technical challenge rounds (“they really do give you just part of the recipe and you have to fill in the rest”) to the possibility of failure.

There’s plenty to the show that the audience doesn’t see. An army of never-filmed helpers cleans pots and otherwise aid the bakers, Father Schnippel said. “We called them House Elves” after the rarely-seen household helpers from the Harry Potter series, he joked. Likewise the bakers each lived in an apartment with a kitchen, so they could practice their techniques. “We cooked pretty much non-stop,” he said.

Each 40-minute episode took two 14-hour days to film. Contestants had to wear the same clothes for two days so that a change doesn’t distract viewers. That wasn’t a problem for Father Schnippel, whose clothes are all identical, but Salzbrun said she “learned to use my apron really, really well” and used her apartment’s washer and dryer when necessary.

The hosts and judges were really on set the whole time, and really did interrupt the bakers occasionally as they worked – which, they said, was as nerve-wracking as it looks. Cooking in the tent kitchen, with convection ovens and metric equipment, while being timed, and while being watched by famous pastry chefs who were judging
it all, was almost too much for some. “I deal with a lot of stressful things, but that was the most stressful ever,” said Father Schnippel. But the hardest part of all, they agreed, came long before boarding the flight to England.

Each contestant was given three weeks to create, test, and perfect 12 different recipes for the show. “Some were five-hour long challenges, so I had to time each step,” Salzbrun said. “It was more stressful than planning a wedding. The entire process would be incredibly stressful for anyone who didn’t love it.”

The recipe requests came four at a time, Father Schnippel said, and required multiple bakes to perfect. Each episode featured a “bake-off” with the recipes, so for that section of the program the bakers weren’t surprised by the challenge, only by what the other bakers will do to meet it.

“When you’re baking, you don’t look at anybody else,” said Salbrun. “But when they call time you look up and see all the incredible things everyone else has done. And that’s magical.”

Meeting the other bakers was the best part of being on the show, the Cincinnatians said. Setting up the food before judging could take two hours, so there was plenty of time to talk, compare notes, celebrate successes and commiserate about misses, and try each other’s creations. Although the bakers all came from different areas of the country and from different backgrounds, the long days and the pressure of competition created a real bond.

At press time, the final episodes of the show had been pulled from airing because of accusations against one of the judges. Father Schnippel had been eliminated, but Salzbrun was still a contender. Without permissiont from ABC, both Cincinnati contestants remained mum on the outcome. But both aid the experience was one they wouldn’t trade.

“The greatest part was meeting nine other like-minded souls who were crazy enough to take such an adventure,” said Salzbrun. “We still talk on a group text almost daily, and I wouldn’t change a thing about it!”

“I’m grateful to Archbishop Schnurr for permitting me to go, and to my two parishes for supporting me and praying for me while I was away, though they didn’t know where I was,” he said,. “And I’m grateful that I had such an awesome opportunity to show the human side of the priesthood to people who might not see it otherwise – that I got to show the joy that can come from living the life of a priest.”

Search “bake” for recipes from Father Schnippel and Jesse Salzbrun, photos of the watch party with Fr. Kyle at St. John Neumann, and more.

“Toward the beginning of this year a friend on Facebook shot me a note to say I should apply. I thought: I’ve only been baking for a few months, I’d never get on. But lo and behold, I found myself on the show.”

A gingerbread house (while preparing for the show). “I had never done that before, so it really tested a lot of my skills.”

Cinnamon rolls for a breakfast bread. “I tweaked some things about the recipe my mom makes every year. I really enjoyed preparing it in a different way, and in honor of my mom.”

“I baked a lot for my wedding and vowed that I was never going to bake again. But when I got back from my honeymoon I watched all the shows on Hulu and got sucked back in. I just filled out the online application and sent it out into the universe. But you never think they’ll call.”

A cream pie. “I am a person who likes baking for the creative and aesthetic appeal. My default is ‘make it pretty’ But a cream pie all comes down to technique.”

“One of the cakes I made for my wedding. It was so special to remake it for the show, with all the emotional ties it has.” 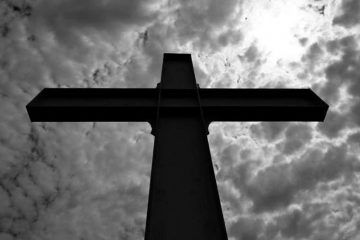