CNA Staff, May 29, 2020 / 05:30 am MT (CNA).- When it is working at full capacity, the altar bread department at St. Cecilia’s Abbey produces millions of hosts a year, bringing revenue to the community of Benedictine nuns on the Isle of Wight, an island in the English Channel.

But with churches closed across the U.K due to the coronavirus pandemic, the industrious department has fallen silent.

As soon as the nuns in Ryde, the largest town on the island, realized that public Masses were about to be suspended in March, they stopped baking and began to contact their customers by phone or mail.

The altar bread department, which dates back to 1924, has more than 350 customers, 165 of whom receive regular parcels of hosts. The nuns asked the regular customers what they should do about their parcels.

Sister Margaret, who runs the department, said: “That was the nice part — speaking to all the customers and being able to promise prayers.”

Most asked for their orders to be put on hold. If kept in the right conditions, hosts remain fresh for months. So parishes should be able to use up their backlogs when public liturgies are once again permitted.

One priest suggested that the nuns should stop sending the parcels but keep sending invoices, which he offered to pay so the community did not lose money. While the nuns appreciated the offer, they explained that the U.K.’s tax authority would not approve of the arrangement. Other customers sent donations to cover the shortfall.

“So our income from the altar bread department is well down, but God takes good care of us,” Sister Eustochium, the abbey’s bursar, told CNA.

The abbey has 31 sisters, including those currently in formation, with an age range from 22 to 92. The nuns create the hosts using a process honed over almost a century.

They begin each day with a liquid paste, stored in big vats, made from flour and water. The baking machine sucks up the paste, which has the consistency of pancake batter, and squirts it onto a hot plate. The top of the plate closes over the mixture, pressing it flat. A nun then removes the excess from the sides with a knife.

The baking machine, purchased in 2019, has three hot plates which revolve on a turntable. As the turntable moves around, the next hot plate opens automatically and the same steps take place.

When the first plate reaches the nun operator again a couple of minutes later, the paste has been baked. The plate opens and inside is a large rectangular “cake” comparable to an ice-cream wafer. When the nun removes it, the baking machine squirts more paste onto the empty plate and the process continues.

After a morning’s baking, there is a sizable stack of cakes, which the nuns carefully take down to the cellar, where they spread them out on shelves. After cooling for a few hours, the cakes are flexible enough to be cut without breaking.

A nun then places the cakes into a cutting machine in a similar way to feeding a stack of paper into a photocopier. After she presses the appropriate buttons, a bore spins round rapidly, drilling down into the cake and cutting out the hosts.

The cutter, which the nuns bought in 2015, is digital, so it can be programmed to create hosts of different sizes from a single cake, making the most efficient use of each one.

Once the machine has finished cutting a stack of cakes, the hosts are collected in a container. The nuns give the remainder of the cakes, together with broken hosts and other waste, to a local farmer to feed to his animals.

The nuns then place the hosts in trays in a room with a dehumidifier. When the hosts have dried out, the nuns place them in bags, in which they can be stored for many months.

Sister Eustochium said the nuns who usually work in the altar bread department are now helping in other areas of the abbey — cooking, cleaning, sewing, or working in the vegetable garden and soft fruit cages.

“Our retreat house is closed, and our soap-making business has also stopped production. Card-printing, calligraphy and icon work all continue, however,” she said.

“Our main work, of course, is prayer, and that goes on even more intensely than ever. Thanks to the monks of [the nearby] Quarr Abbey we continue to have daily Mass, though we are obliged to keep our church locked. We look forward very much to opening it and welcoming visitors once again.”

Diocese of Pittsburgh announces next round of parish mergers 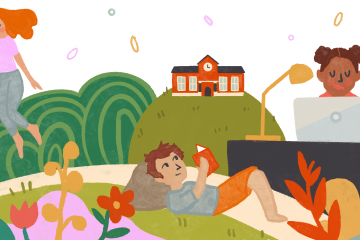