The Most Rev. Dennis M. Schnurr, Archbishop of Cincinnati, installed 12 Mount St. Mary’s Seminary & School of Theology (MTSM) seminarians in the Ministry of Acolyte on November 4 in the Chapel of St. Gregory the Great.

There are three formal steps required by the Church prior to one’s being ordained to the diaconate and priesthood. The Ministry of Acolyte is the final ministry received prior to ordination as a transitional deacon. It is a formal recognition of the willingness to serve the community, primarily in its liturgical rites and usually occurs during the second year of priestly formation.

The first step is the Rite of Candidacy at which a man formally states his intention to be formed for ordination. The second is the Ministry of Lector which is a formal recognition of the relationship he is called to have with Sacred Scripture and his willingness to apply himself to its study and proclamation for the good of the Church.

“This is a very significant step for our seminarians,” said the Very Rev. Anthony R. Brausch, Ph.D., President & Rector at MTSM. “Our seminarians are being called to focus on a particular part of their formation and to affirm their continued work on the path to priesthood.”

MTSM is the Archdiocese of Cincinnati’s graduate-level Catholic Seminary and School of Theology with nearly 200 full and part-time students. Founded in 1829, our 75-acre campus provides preparation for ordination to the priesthood and permanent diaconate as part of Mount St. Mary’s Seminary. In addition, our School of Theology offers classes for graduate, non-degree and certification programs for laity, clergy and religious. 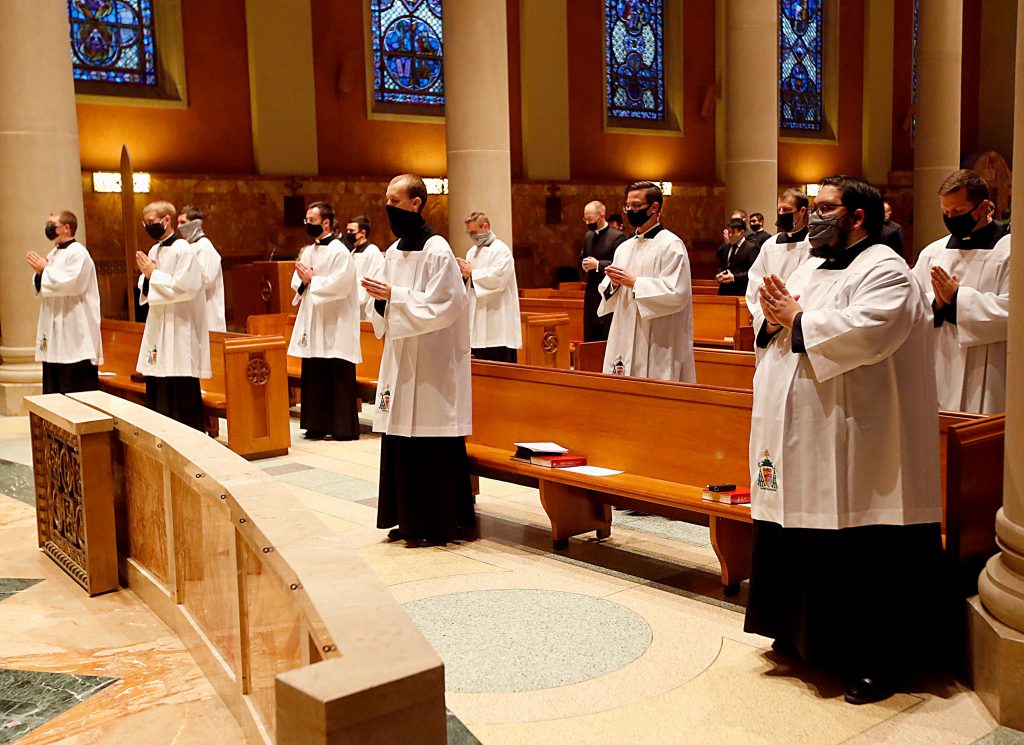 Seize the Moment: Your life is worth living

Shine On: What would it take for you to allow a child to suffer