VATICAN CITY — In an effort to better implement the U.N. Convention on the Rights of the Child, the Holy See has begun to draw up its own safe-environment program for children in Vatican City State and to offer human rights courses for its security and medical personnel.

However, the Holy See said signing the convention in 1990 did not render it responsible for the crimes and violations against children committed outside of Vatican City State by members of the Catholic Church.

“Given that the convention operates on a territorial basis, the responsibility of these issues” of abuse by religious in Ireland, for example, “is under the jurisdiction of Ireland and the Irish government and Irish laws,” the Vatican spokesman, Jesuit Father Federico Lombardi, told journalists Dec. 4.

The spokesman was responding to a question about the Vatican’s response to a U.N. committee that monitors the implementation of the convention on children’s rights.

The committee had requested that the Vatican provide complete details about every accusation it had ever received of the sexual abuse of minors by clergy worldwide, and specifically to tell whether it investigated “complaints of torture and other cruel, inhuman and degrading treatment” of girls in the Magdalene laundries in Ireland, according to the list of questions, which can be found on the U.N. website.

Governments that signed the convention and its two optional protocols on child trafficking and on armed conflict are required to submit a comprehensive review of how convention regulations are being implemented, as well as to file progress reports every five years.

The Vatican had been lagging behind in turning in its mandatory reports. However, after reviewing the Vatican’s most recent report, the U.N. committee published in response a four-page outline of concerns and requests for additional information and clarifications.

The Vatican responded to the questions and concerns by the November deadline in the run-up to further review in a meeting between Vatican delegates and the committee in January 2014.

The Vatican’s responses, prepared by the Secretariat of State, are dated Nov. 25 and were published on the website of the Office of the High Commissioner for Human Rights.

The Vatican said when it signs international treaties and protocols, it does so as a way to lend “its moral support for the effective dissemination of the principles of the conventions.”

But more importantly, it noted, the treaties’ measures and standards have always applied only to the juridical and domestic jurisdiction of the signatory party, that is, the territory of Vatican City State.

“When the Holy See accedes to or ratifies a treaty, it does not do so on behalf of every Catholic in the world. Each member of the Catholic Church is subject to the laws of the respective state in which he or she lives,” the Vatican wrote.

Because the Holy See “is obliged to respect the duty of non-intervention into the domestic affairs of other states concerning alleged crimes against children committed by persons, including Catholics, living and working with institutions operating in their respective territories,” it is the individual, not the Vatican, who is responsible for complying with the laws of the state in which they live, it said.

In addition, it said, the diocesan bishop and the major superior of a religious order also are obliged to guarantee children are protected, to respond appropriately to accusations and to work to prevent violence and abuse.

Some groups, however, have criticized the Vatican for not providing the requested information about what it knows about abuse committed by clergy or religious institutions in other countries.

The Vatican said in its reply that, in general, it is “not the practice of the Holy See to disclose information on the religious discipline of members of the clergy or religious according to canon law.”

Its canonical investigations were done “in confidence,” that is, information is kept confidential, “according to the criteria of due process, in order to protect the witnesses, the accused and the integrity of the church process,” it said.

Given its recognition that children “must be protected through the creation of safe environments and public awareness programs,” the Vatican said it was “currently developing a safe environment program for children” and was looking at best practices in training and materials already developed by the church in other countries. The Congregation for the Doctrine of the Faith has mandated similar guidelines be drawn up by the world’s bishops’ conferences.

It said the Vatican City State standards would include: “a written child protection policy; written procedures (for) responding to allegations and concerns; policies and practices to prevent harm to children; training and education for church personnel,” as well as support for victims and perpetrators.

Other concrete measures being looked at include fact sheets on disclosing abuse, “a model code of behavior for adults,” complaint forms and a checklist for personnel screening, it said.

In addition to having amended a number of criminal laws for Vatican City in regards to protecting children, the Vatican has begun to offer courses in human rights, the U.N. system and overviews on conventions the Holy See is party to as part of its training of Vatican police, the Swiss Guards and medical personnel working in Vatican City State. 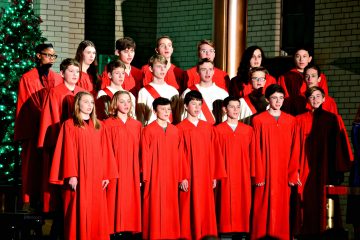