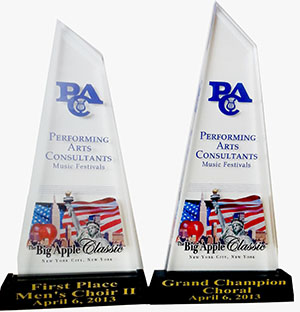 The La Salle Men’s Ensemble was named Grand Champion of the entire choral division at the festival.

Nathan Hart from La Salle also won the only award given for the best male soloist in the competition.