The U.S. Embassy to the Holy See announced on Tuesday, June 1, that it was displaying the rainbow LGBT “Pride” flag for the month of June, which is celebrated as LGBT “Pride” month.

“The United States respects the dignity and equality of LGBTQI+ people. LGBTQI+ rights are human rights,” the embassy stated on Twitter.

U.S. Secretary of State Antony Blinken earlier this year announced that U.S. embassies and consulates around the world could fly the “Pride” flag on the same flagpole as the American flag, during “Pride season.”

The authorization to fly the flag – which was not a mandate – was given ahead of May 17, observed as the international day against homophobia, transphobia, and biphobia. June, during which embassies can also fly the “Pride” flag on the external flagpole, is celebrated as “Pride” month by people identifying as LGBT.

Under the Trump administration, U.S. diplomatic outposts were reportedly prohibited from flying the rainbow flag from embassy flagpoles, and had to obtain special permission to do so. They were allowed to display the flag inside buildings.

Antony Blinken’s cable on “Pride” flags, first reported by Foreign Policy magazine in April, advised that diplomatic posts in certain countries should avoid flying the rainbow flag if doing so would create a backlash.

He praised recent Supreme Court decisions that recognized a legal right to same-sex marriage in Obergefell v. Hodges, and which ruled that federal civil rights protections against sex discrimination in the workplace also extended to sexual orientation and gender identity, in Bostock v. Clayton County.

Biden also called on Congress to pass the Equality Act, legislation which establishes sexual orientation and gender identity as protected classes in federal civil rights law alongside race and sex.

The U.S. bishops’ conference (USCCB) has warned that despite the bill’s aims of combatting discrimination, it would discriminate against people of faith who are opposed to the redefinition of marriage and transgenderism.

The USCCB has warned that the bill, by mandating access to public accommodations based on one’s sexual orientation or gender identity, could be used to pressure churches to “host functions that violate their beliefs.” Religious adoption agencies could be forced to match children with same-sex couples, and faith-based women’s shelters could be required to house biological males identifying as transgender females.

In his statement, Biden also touted his Jan. 20 executive order that stated his administration’s policy of interpreting civil rights protections to include sexual orientation and gender identity.

During the Obama administration, the U.S. Embassy to the Holy See made pro-LGBT social media posts on the international day against homophobia, transphobia, and biphobia and during “Pride” month, in 2017, 2014, and in 2011.

Being Pro Life: Getting Involved Locally, Nationally or Internationally

Pope Francis releases video message on the beauty of marriage 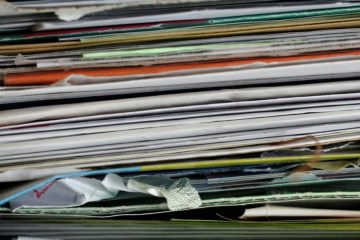