The theme for the upcoming March for Life will be “Equality Begins in the Womb,” event organizers announced at a press conference on Oct. 27.

“The pro-life movement recognizes the immense responsibility this nation bears to restore equal rights to its most defenseless citizens in the womb,” March for Life president Jeanne Mancini said at the Wednesday press conference.

The 49th annual March for Life will be held on Friday, Jan, 21, 2022, in Washington, D.C. According to organizers, it is the world’s largest annual human rights demonstration.

“Since Roe v. Wade, scientific advances have undeniably confirmed the humanity of the unborn, and today most Americans agree there should be significant limits on abortion,” Mancini said.

“To this end, we hope the Supreme Court honors the existing constitutional protections for the unborn as they hear arguments in Dobbs v. Jackson Women’s Health Organization,” she added, citing the major abortion case before the high court. Oral arguments in the case are scheduled for Dec. 1.

Equality, said Mancini, has been a hotly debated topic in the United States as of late.

“These discussions are crucial for America, for the health of our country,” said Manicini. “There’s little agreement on the definition of what ‘equality’ is and who it applies to.”

“We want to expand this rigorous debate about equality to unborn children, who are often overlooked because they cannot speak for themselves,” she added.

“Each of us is a human being, and we have inherent human dignity because of who we are in our essence,” said Mancini. And human beings, she added, “should be protected from the moment of conception or fertilization.”

Mancini said the Dobbs case at the Supreme Court has the potential to make a “major impact on the unborn and on equality.” The cases focuses on Mississippi’s law restricting most abortions after 15 weeks. The question at hand is whether all pre-viability state abortion bans are unconstitutional.

“Our hope and our prayer is that this year’s theme, ‘Equality Begins in the Womb’ will allow not only for hearts and minds to be changed,” she said, “but that there will also be, included in this robust debate, the topic of the unborn child.”

The coming year, she said, has the potential to be “historic” for the pro-life cause.

“There’s so much ahead of us this year, and I think this will be a special March for Life,” she said.

The consistently large crowds of the March for Life are proof, explained Mancini, that abortion policy in the United States is anything but “settled law.”

“It shows them that it’s not settled law,” she said. “We don’t get smaller, we don’t draw less of a line in the sand, we get bigger every year.”

March for Life also announced on Wednesday that the rally preceding the 2022 march will feature speeches from actor Kirk Cameron and Fr. Mike Schmitz, a podcast host and priest of the Diocese of Duluth. The rally will also feature music from Grammy-nominated Matthew West.

The 2021 March for Life was held virtually due to the ongoing pandemic, with a small group of pro-life leaders walking through the streets of the city to lay roses outside the U.S. Supreme Court building. A small number of pro-life activists came to the city despite the march being officially closed to the public.

Five Lies and a Question about Vocations 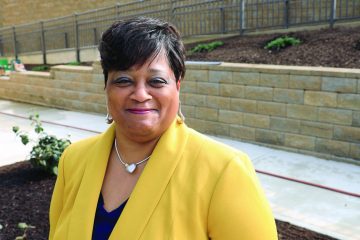