As he began his high school quest, Daniel Freeman was grateful that his parents didn’t apply any pressure regarding his choice. “My parents both attended public high schools, and said the decision was up to me,” he said.

Freeman, who attended St. Ignatius Loyola in Monfort Heights for grade school, chose St. Xavier after shadowing there. “I liked the sense of community and the fact that everyone is involved,” he explained.

And become involved Freeman did. During his time at St. X, he performed in musicals with Mercy McAuley Theatre, was on the school’s bowling team, took part in the sports broadcasting and fishing clubs, and participated in the liturgical music group.

Amid all his activities, Freeman said the most personally and spiritual meaningful experience was leading two retreats for sophomores, along with his classmates. The first, a camping retreat, focused on being fishers of men, while the second was centered on a commitment to justice.

“I was impressed with how much the guys in my small groups opened up about their Catholic faith, about things they were questioning or struggling with,” Freeman said. “It made me realize how important it is to talk about these things and really strengthened my own faith and relationship with God.”

Freeman will be attending the University of Cincinnati in the fall, and plans to major in English. His hope is to become an educator and to eventually return to teach at the place that had such an incredible impact on his life.

“I’ve always known that I want to teach, and I’d love for it to be at St. X,” he said. “The teachers there care about the students so much and I want to someday have the effect on my students that my teachers had on me.” 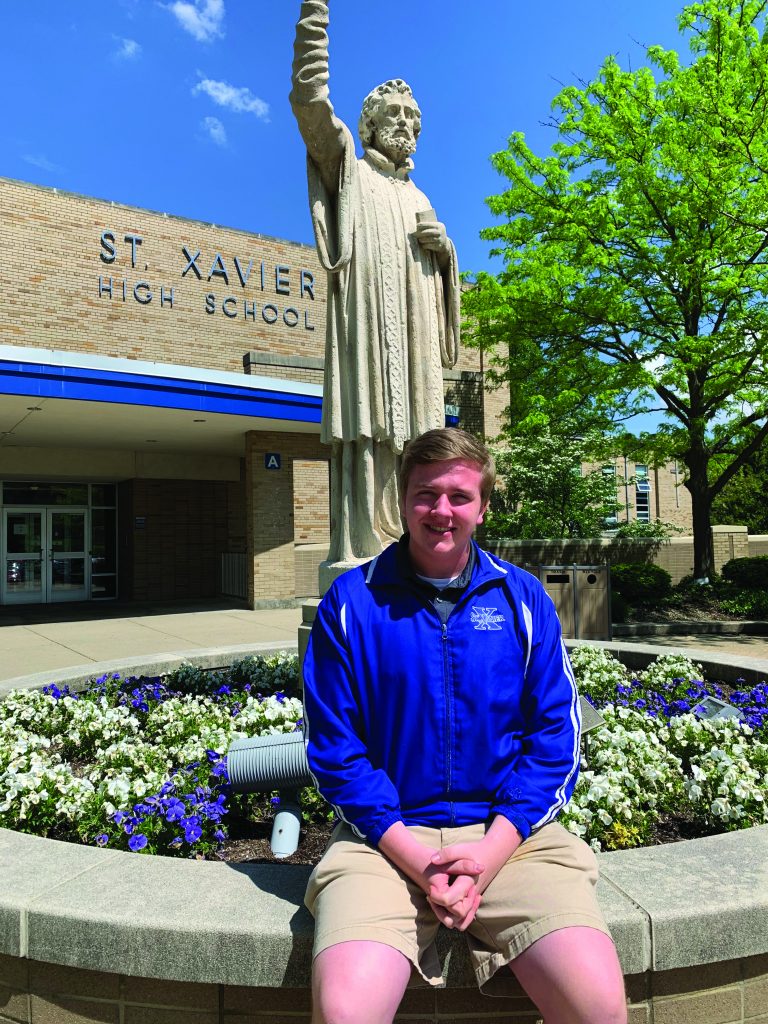