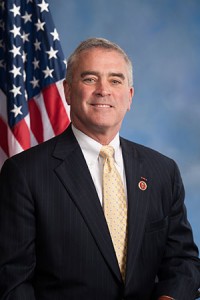 Ohio Congressman Brad Wenstrup is one of two legislators who introduced resolutions to overturn a new bill legalizing “assisted suicide” in the District of Columbia.

Rep. Wenstrup, a surgeon from Cincinnati, and Oklahoma Senator James Lankford each introduced a companion resolution last week that would block a DC law passed just before Christmas by the city’s mayor. Called the “Death with Dignity Act,” it would allow doctors to prescribe lethal doses of medication to patients they judged to have less than six months to live.

“As a physician of over 25 years, access to quality healthcare for every American is a concern that is close to my heart,” Rep. Wenstrup said in a press release announcing his resolution. “By authorizing doctors to violate the Hippocratic Oath of ‘do no harm,’ physician-assisted suicide undermines a key safeguard that protects our nation’s most vulnerable citizens and ensures our loved ones receive the best medical care when they need it most.”

In the same press release, Sen. Lankford noted problems with the legality of the Act, which he said violated the federal Assisted Suicide Funding Restriction Act signed by President Clinton in 1997 and uses what he called vague definitions, including the definition of what constitutes a terminal illness.

“This bill is about much more than dignity—there are far-reaching ramifications that could deteriorate America’s values regarding our foundational right to life,” he said.

Assisted suicide is illegal in Ohio. In response to recent lobbying efforts for physician-assisted suicide and euthanasia in Ohio and other key states, the state House and Senate recently added Class 3 felony penalties to Ohio laws protecting citizens from being killed by their doctors and health care workers.

Paula Westwood, Executive Director of Right to Life of Greater Cincinnati, has been working with state legislators on protections for people nearing the end of their lives.

“Efforts at every level of government are needed to protect vulnerable people who are easy prey to the sly message of death and imposed final exit,” she said. “As our nation’s capitol, Washington D.C.’s legalization of suicide is a shameful precedent for the rest of the nation and the world.”

Senator James Lankford is a Republican from Edmond, OK. He is the chairman of the Senate Subcommittee on Regulatory Affairs and Federal Management, which has jurisdiction over the District of Columbia.

Dr. Brad Wenstrup is a Republican Congressman from Ohio’s second district. Chairman of the Subcommittee on Economic Opportunity for the House Committee on Veterans’ Affairs, he is also an Iraq War veteran and serves in the U.S. Army Reserves.

To read Rep. Wenstrup’s version of the the press conference issued by both legislators, click here.

Walking with Moms in Need 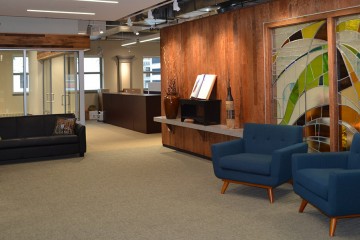