A Mass of Christian Burial for Precious Blood Sister Mary Canice Werner was celebrated April 25 at Salem Heights Chapel. Sister Canice, 96, died April 22 at Maria Joseph Center in Dayton. She had been a Sister of the Precious Blood for 81 years.

Sister Canice entered the congregation on Jan. 2, 1932. Through 33 years, she ministered as a teacher and principal at schools in Celina, Ottawa, Millville, Cleveland and Dayton. She taught at the University of Dayton from 1966-69. After earning a master’s degree in educational research, Sister Canice did full time research and evaluation six years for the Dayton Board of Education. She also served her religious community in various capacities, including southern region councilor, secretary general and president. At the end of her presidency in 1984 she served in the Saginaw diocesan School Office and later served as interim administrator of Marian Hall in Flint, Mich. She later served as her congregation’s mission coordinator and was actively involved in the Interfaith Action for a Violence Free America, the Interfaith Ministers for Reconciliation and the Greater Dayton Christian Connections. In 1999, Sister Canice retired to Salem Heights.

Sister Canice is survived by her sister, Marie Ruef. Internment was in the Salem Heights Cemetery.

The Final Word: Helping those who suffer during Christmas Time 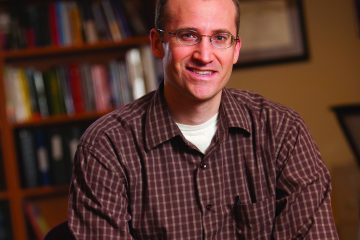