WALNUT HILLS — The problem with today’s generation is…

That line starts off a lot of conversation around office water coolers, and to be fair, no generation is perfect. While today’s high school students may have their share of flaws, many are more concerned with, and connected to, the world around them than any generation before.

A trio of local Catholic high school freshmen have shown that concern by writing a song as a response to the tragedies they’ve witnessed in their lives.

Today’s high school freshmen were born into the world of cell phones and text messaging. They’ve had Wi-Fi internet most of their lives and Facebook has been around since they were 5-years old. Despite that privilege, their generation was also born just before September 11, 2001. The War on Terror has dominated much of their lives and beginning with the summer before they started high school they’ve been witness to the Aurora theater shooting, the Newtown massacre and now the Boston Marathon bombings — among others.

In response, three St. Ursula Academy students — Dominique DiFalco, Emma Maliborkski and Erin Niebuhr — collaborated to produce “Empty,” a song that honors the victims of those three recent tragedies, as well as 9-11.

“Our generation almost has a reputation for being so involved in electronics, that we’re always texting and not paying attention to what our parents say,” DiFalco said. “We need people to realize that, yes, we have those moments. We’re teenagers, sometimes we’re sucked into social media. Even though we might be in that little world we don’t miss what is going on in the big world around us and how many others are suffering even though we’re so blessed with what we have.”

In the performance of the song, DiFalco sings and Maliborski plays piano. Niebuhr, who is also a musician, filmed the pair’s initial Youtube video and helped them develop and promote the song. The girls’ Youtube video has more than 4,718 views.

The song started from a poem DiFalco wrote the night of the Boston attack. She collaborated with Maliborski, who helped write the lyrics, over email. The next day, the duo practiced the song. In less than 48 hours, they’d created “Empty.”

The song, like the events it refers too, is somber. “Empty chairs, empty tables, empty bedrooms down the hall. No more mama, no more daddy to pick up those who fall,” DiFalco sings. Despite the serious nature, the goal of the song isn’t to depress, but rather to help people feel.

“Everybody sees the news coverage and everyone sees the pictures,” Maliborski said. “I see the news coverage and I’d never burst into tears from a sad picture or because someone was telling a sad story. When you put it into lyrics and a song it gives it a whole new dimension. It hits them in a whole new way. For all four of these tragedies that was missing and we didn’t get that effect or feel as deeply sad as we should. Music is one of the only ways we could accomplish that. We’re not trying to depress people or bring them down, but just put it in perspective and give respect to people who were affected.”

Niebuhr thinks the song has the intended effect.

I think this is what music is for,” Niebuhr said. “It’s an almost memorial, like showing a glimmer of hope. It’s putting into something you love out of all the terrible that has happened… Everyone has their own relationship to music and their favorite kind of music. I think this song is something everyone can related to in America and across the world.”

With the 24-hour news cycle and many people plugged into Facebook or Twitter most of their day, people are more than ever confronted with relentless reminders of national and international tragedies. On the flip side, it also provides an opportunity for those observing the news to react in a positive way.

“With social media you’re so bombarded with so much information so quickly, “DiFalco said. “It is hard to just say I don’t want to think about that and how horrible it was. You can’t really do that anymore. I was seeing it everywhere… We wanted this to be showing that we care about all these things that happen even though we weren’t as affected as people in those actual areas but we wanted to make sure we could pay tribute in whatever way we could.

I’ve watched the towers fall.
I saw the smoke rise.
I wondered why those good
People had to die.

I heard the gun go off
In that crowded theater.
As their lives reached
The end of their meter.

The kids dashed out the door,
Red splashed across the white and green.
Mother’s didn’t sleep for days.
It should have been me 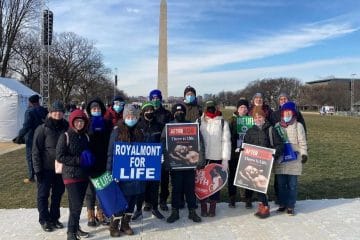