On February 28, 2019, four will be honored as Great Living Cincinnatians at the Duke Energy Convention Center. One is Sister of Notre Dame de Namur’s Rose Fleming. Today we look back at her story 5 years ago.

Xavier University’s student athletes are known for their skills on the court and field. Their prowess also extends to academics: XU boasts a 97 percent graduation rate among all sports teams, which is 12th in the nation and first in the Big East, and a 100 percent graduate rate for senior basketball players.

The secret to their academic success? A faith-filled and fun nun who believes in them — Sister of Notre Dame de Namur Rose Ann Fleming. Sister Rose Ann came to Xavier in 1982 after serving as president of Summit Country Day School and president of Trinity College in Washington, D.C. She joined the Xavier faculty so she could also work toward an MBA and a law degree. She also has a PhD in educational administration from Miami University, which has helped her in her counseling role.

In 1985, explained Sister Rose Ann, amid a rash of academic troubles among athletes at other schools, Xavier hired a new athletic director and decided to address the problem head on. Sister Rose Ann was charged with setting up a mandatory study program for freshman student athletes in all sports. She recalls their early meetings in one corner of the XU library for a couple of hours of study at night, pairing each athlete with another student their own age for tutoring.

“In getting to know the athletes, I realized that many of them had no structure in their lives beyond the sport,” said Sister Rose Ann, who serves as faculty athletics representative and special assistant to the president. “They had knowledge of when to go to practices, workouts, all the things that make athletes strong, but I knew I needed to help them understand the importance of academics and the opportunity they have here.”

Her goal, noted Sister Rose Ann, has been to build up the student athletes’ confidence in their academic ability. “I’ve told them ‘you’re the same as everyone else. You can do this. You have the potential.’”

The program, which remains strong nearly 30 years later, provides monitored study sessions, study habits workshops and tutorials designed to help the student make a smooth transition to college. There are currently three fulltime academic advisers who work with the athletes on XU’s 18 athletic teams. Sister Rose Ann praised their work, as well as that of the coaches, whom she said are “very, very supportive. They help sell the program to the new athletes coming in.”

Sister Rose Ann deals one-on-one with every Xavier student athlete and coach, organizing academic counseling for all NCAA athletes, which includes relaying information from faculty to the academic advisor regarding each student athletes’ attendance in class, grades, completion of assignments, participation, and need for tutoring. She resides on campus and is immersed in university life.

“I have always enjoyed the competiveness and team spirit of sports,” admitted Sister Rose Ann, who particularly loved playing field hockey at the then College of Mount St. Joseph. “I’ve developed a huge respect for what Xavier’s athletes go through and what they are able to accomplish.”

For her, the greatest reward comes when “I see our student-athletes walk across the stage to receive their degree. From my point of view, that’s the reward in what I do. I know how hard they’ve worked and struggled to get to that point. I’ve also seen the daily victories of them sitting down and writing a paper that’s been hard for them. That’s always very rewarding, too.” 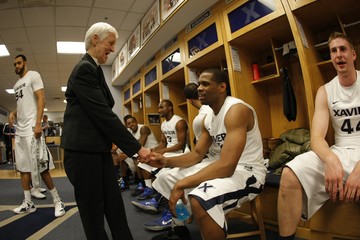 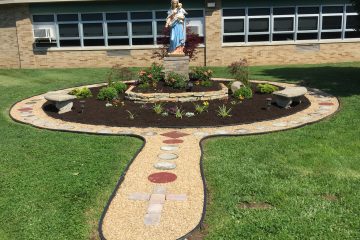