The Vatican’s divine worship office announced Saturday the addition of seven new invocations to the Litany of St. Joseph.

The Congregation for Divine Worship and the Discipline of the Sacraments wrote a letter to the presidents of bishops’ conferences May 1, the feast of St. Joseph the Worker, explaining the inclusion of the new invocations.

“On the 150th anniversary of the proclamation of Saint Joseph as Patron of the Universal Church, the Holy Father, Pope Francis, published the Apostolic Letter Patris corde, with the aim ‘to increase our love for this great saint, to encourage us to implore his intercession and to imitate his virtues and his zeal,'” the congregation said.

“In this light,” it added, “it appeared opportune to update the Litany in honor of Saint Joseph, approved by the Apostolic See in 1909, by integrating seven new invocations drawn from the interventions of the Popes who have reflected on aspects of the figure of the Patron of the Universal Church.”

The additions to the Litany of St. Joseph were approved by Pope Francis.

The bishops’ conferences will be responsible for the translation and publication of the updated litany in their local languages, the divine worship congregation stated. Bishops’ conferences can also, according to their own prudential judgement, introduce other invocations by which St. Joseph is honored in their countries.

A litany is a type of repetitive, petitionary prayer, often invoking the intercession of the saints or the Virgin Mary under different titles approved by the Church.

The new invocations of St. Joseph can be translated in English as Guardian of the Redeemer, Servant of Christ, Minister of Salvation, Support in Difficulties, Patron of Refugees, Patron of the Afflicted, and Patron of the Poor.

Why 'disappointing' Census numbers are such a concern 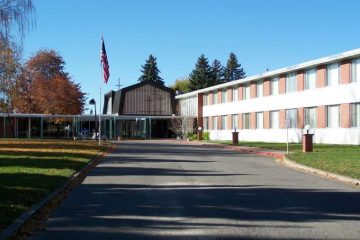