Vice President Kamala Harris is drawing criticism for again claiming that Americans of any religion can support abortion in accordance with their faith.

“It’s important to note that to support a woman’s ability — not her government, but her — to make that decision does not require anyone to abandon their faith or their beliefs,” Harris said Monday at the NAACP National Convention in Atlantic City, N.J.

Harris, a Baptist, has made this assertion about abortion before.

“For those of us of faith, I think that we agree, many of us, that there’s nothing about this issue that will require anyone to abandon their faith or change their faith,” she said on June 17, at Dulles International Airport in Dulles, Va.

Earlier that same month, Harris met with several faith leaders — none of whom were Catholic — to discuss “reproductive rights.” She repeated a similar claim, saying that religious Americans could support Roe v. Wade, which legalized abortion nationwide in 1973, in line with their faith.

“To support Roe v. Wade and all it stands for, does not mean giving up your beliefs,” she said on June 6. “It is simply about agreeing that a woman should be able to make that decision with her faith leader, with her family, with her physician. And that the government should not be making that decision for her.”

Ed Whelan, a distinguished senior fellow and the Antonin Scalia Chair in Constitutional Studies at the Ethics and Public Policy Center in Washington, D.C., called the vice president’s stance “outrageous” in a tweet.

“Kamala Harris has no business using her government position to tell Americans how their faith should inform their views on legal protections for the unborn,” he told CNA.

“Supporting the legal direct legal killing of innocent humans due to their circumstances, development, or size is an affront to any serious religious ethic,” he tweeted.

He pointed to Catholic Church teaching.

“The Church clearly teaches that the government has the role of defending human life,” he told CNA. “That includes life from conception. John Paul II clearly defined this in Evangelium vitae with regard to abortion. If one denies that, they go against Catholic teaching.”

The Catholic Church condemns abortion in the strongest possible terms. The Catechism of the Catholic Church, which summarizes Church teaching, recognizes the inherent dignity and worth of the unborn human person and considers abortion a “crime against human life.”

“Human life must be respected and protected absolutely from the moment of conception,” the catechism reads. “From the first moment of his existence, a human being must be recognized as having the rights of a person — among which is the inviolable right of every innocent being to life.”

At the same time, the Church emphasizes mercy and forgiveness for women who have obtained abortions.

“The Church does not thereby intend to restrict the scope of mercy,” the catechism says, but instead “makes clear the gravity of the crime committed, the irreparable harm done to the innocent who is put to death, as well as to the parents and the whole of society.”

“I repeat once more that a law which violates an innocent person’s natural right to life is unjust and, as such, is not valid as a law,” he wrote. “For this reason I urgently appeal once more to all political leaders not to pass laws which, by disregarding the dignity of the person, undermine the very fabric of society.”

The “Church encourages political leaders, starting with those who are Christians, not to give in, but to make those choices which, taking into account what is realistically attainable, will lead to the re-establishment of a just order in the defence and promotion of the value of life,” he added.

He identified abortion as a “crime” that “no human law can claim to legitimize.”

The Congregation for the Doctrine of the Faith discussed the late pontiff’s teaching in its 2002 doctrinal note on “The Participation of Catholics in Political Life.”

“John Paul II, continuing the constant teaching of the Church, has reiterated many times that those who are directly involved in lawmaking bodies have a grave and clear obligation to oppose any law that attacks human life,” it read. “For them, as for every Catholic, it is impossible to promote such laws or to vote for them.”

“The moral gravity of procured abortion is apparent in all its truth if we recognize that we are dealing with murder and, in particular, when we consider the specific elements involved,” the saint wrote in Evangelium Vitae. “The one eliminated is a human being at the very beginning of life. No one more absolutely innocent could be imagined.”

Friday Night Football in the Archdiocese of Cincinnati 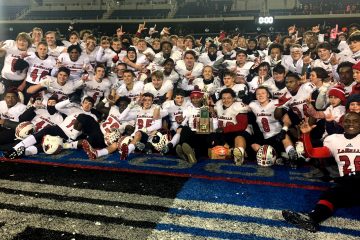