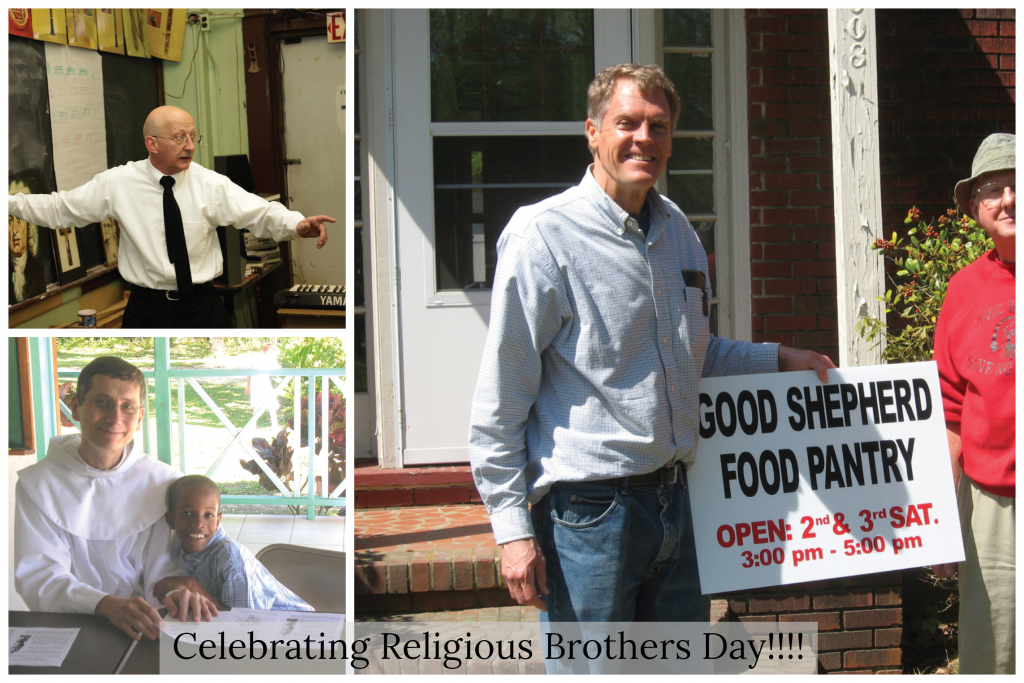 The third annual Religious Brothers Day, on May 1, the feast of St. Joseph the Worker, recognize the gift that the vocation is to the Church and the faith and dedication of the men called to this life. “The Catholic Telegraph” spoke with several brothers about their lives and ministries and thanks all religious brothers for their service.

“It really started with the Vision vocation magazine,” Brother Bob said. “I joke and say that I’m a mail order bride because I sent so many post cards to different religious communities. It took a while for me to decide.”

The mixed composition of the Marianists, priests and brothers working together as equals, was particularly appealing to Brother Bob, as was the fact that many, like himself, minister as educators. “I felt at home when I first met them as we were all gathered around a table praying together,” he recalled.

“I think the journey in consecrated life is an attempt to follow in the footsteps of Jesus,” Brother Bob noted. “It may seem difficult, but we’re called to do it with joy and hope. The brotherhood aims at doing this in a good and holy way.”

Originally from Pittsburgh, Brother Tom is not only firm in his vocation as a Marianist, but also in his calling as a teacher. He studied music education at Edinburo State College and taught in public school prior to entering the Marianist community in 1994. He taught at St. Aloysius School in Cleveland for 21 years, prior to his current assignment teaching music at St. Francis de Sales School in Cincinnati.

“I’m really called to be a classroom teacher,” Brother Tom said. “I’ve been very blessed with the schools I’ve been in. My fellow teachers are a lot of fun, and I enjoy the camaraderie.”

He finds great joy in the energy of the students, along with being inspired by them. “I’ve mostly taught in inner-city schools, and even with all the struggles the children deal with — difficult home lives, not enough food in the refrigerator — they come to school smiling.”

He recalls moving frequently and feeling unsettled while working for a power company. As Brother Tom gradually became more involved with his local parish, assisting with music ministry and various odd jobs, he said, “I came to an understanding of what God was asking me to do.”

Drawn to the Franciscan charism of being mindful of the poor, he became a postulant in 1991, professing his first vows in 1994, and final vows three years later. Brother Tom’s ministry has included serving at a House of Evangelization in Pittsburgh, where the friars reached out to those who had fallen away from the Catholic faith. He was also involved in jail ministry, ensuring those awaiting trial received the opportunity to attend Mass and receive holy Communion.

He went on to serve in the Diocese of Montego Bay, Jamaica, where his duties ranged from teaching catechism to playing the keyboard as Mass, along two years as diocesan mission director. “Mostly, we were there to be with the people, to listen to them, to help them in any way we could,” Brother Tom said.

In his current role as associate director of the Office for Senior Friars in Cincinnati, Brother Tom said he is blessed to assist and learn from the men he calls brothers. “I get them to the doctor, run errands, whatever I can do to help,” he explained. “I’ve really grown in my under-standing of how we each have our own personalities and spirituality. I’ve learned from each of the friars and have become closer to them and to God.”

Brother Tom feels his vocation as a brother has enabled him to be approachable and present to others in their time of need. “Any time I’ve been able to be there for others has been rewarding,” he said. “I’ve been strengthened by my vocation and the faith of my brother friars.”

Brother Jack Henn
Glenmary Brother Jack Henn admits that life was good in his mid-20s. A graduate of Thomas More College, he worked several years as a public accountant, then as a corporate auditor. He had nice car, a comfortable place to live, a supportive family and an active social life.

“But, I was looking for something more fulfilling,” he said. “And, whatever it was, I wanted to give my whole heart to it.

After writing to 25 different religious orders, his mother suggested that Brother Jack contact the Glenmary Home Missioners. The Bellevue, Ky., native had never heard of Glenmary, even though he was only about 30 miles away from their headquarters in the archdiocese. After visiting with the vocation director, Brother Jack began volunteering at the Glenmary Farm, where he learned more about the missioners’ ministry and saw them in action.

“I loved the experience and the environment,” Brother Jack said. “(The Glenmarians’) spirit was contagious as far as their energy, vitality and willingness to serve. The people we met and the poor we helped made me want to become a brother.”

“The brotherhood attracted me,” he added. “I perceived the brothers not as the leaders of the church, but those walking with the people and connecting with them on a deep grassroots level.”

In his more than 40 years as a Glenmarian, Brother Jack has ministered in missions in Georgia and North Carolina. He has worked in a food pantry, with the elderly in nursing homes, and coached youth athletics. Brother Jack has also served several stints in vocation ministry for his community.

It has been rewarding, he said, “to be of service to the poor and form so many relationships that are significant and memorable. I’ve had so many adventures and opportunities as a brother and been able to use my gifts and talents to help others. There’s a real blessing in that.”

For more information about Religious Brothers Day and the ministries of brothers, visit http://religiousbrothers.org. 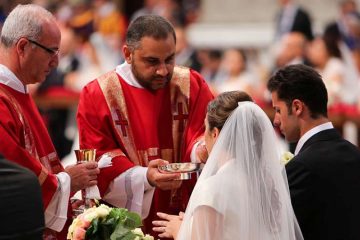