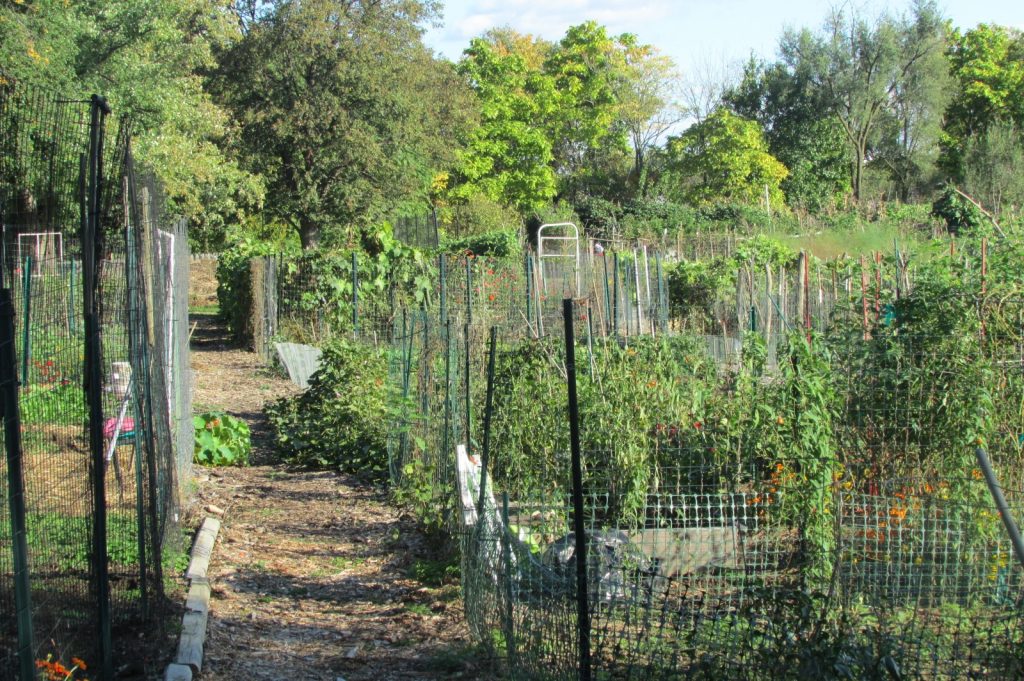 What began in Aachen, Germany, on Pentecost Sunday, 1845, when Sister Gertrude Frank approached the soon-to-be foundress of the Sisters of the Poor of St. Francis, Blessed Frances Schervier, spread to the United States in 1858. And, what was referred to figuratively as the planting of a mustard seed, now includes a literal community garden on the grounds of St. Clare Convent in Cincinnati. It’s all part of Franciscan Ministries’ endeavor to continue the early commitment of St. Francis of Assisi to minister to the marginalized of society. Though this one-acre plot is not large on a farm scale, the Franciscan Community Garden serves 84 individual gardeners or families, seven community gardens and one educational garden.

“We partner with an organization called Heartfelt Tidbits, a grass-roots, local organization that helps the refugee community, primarily from Bhutan, but also some refugees from Nepal, organize around and overcome the challenges they face as citizens in a new land,” she explained. “Growing one’s own food increases food security especially in terms of access to healthy food.”

“The majority of this comes from the Community Crop Plots and Turner Farm Community Garden Program educational plots, although the individual gardeners are welcome to contribute,” Peebles said.

In turn, this donated produce is given to St. Clare Convent, area soup kitchens or food pantries, and an independent living facility for low income seniors. Just as the Native American process, nicknamed the “three sisters,” is a mutually beneficial process of growing corn, beans and squash together, so too do the participants of the Franciscan Community Garden work cooperatively and harmoniously. As part of the agreement to which the gardeners commit, they promise to “work for good; to keep the Garden a happy, secure and enjoyable place where all participants can garden and socialize peacefully in a neighborly manner…and to be good stewards of the land and resources made available to [them.]”

The Franciscan Community Garden program is organized using signed agreements that detail the rules, terms and conditions for participation. Each gardener pays a one-time $25 deposit for participation and then a modest annual fee for the use of their plot. The plot size starts at 10′ x 20′ for the new gardener, with the largest plot at the site being 40′ x 20′. The gardener is expected to volunteer at least 12 hours per year. If a gardener is assigned a plot, the person promises to cultivate and plant by June 1 and to put the plot to bed by Nov. 1, although some gardeners do choose to plant a winter garden on their plot.

Cincinnati is home to 34,000 refugees who have resettled in the United States since 2008, according to statistics from Heartfelt Tidbits. This number keeps growing each week as secondary migrants (relocating refugees) move here from other cities. While Heartfelt Tidbits has many more interested gardeners in the program at St. Clare, the space set aside for the garden program is currently at capacity.

Heartfelt Tidbits was founded by Sheryl Rajbhandari whose philosophy, “even if you can only give a tidbit of your time, it’s better than nothing,” shaped the name of the group. Volunteer efforts began in 2008 when the first Bhutanese refugee family arrived. Within the first year, 156 people arrived. These new arrivals needed help with all manner of acclimating to a new land, language and customs. By the end of 2015, Heartfelt Tidbits was helping more than 12,000 people.

“Growth is an understatement,” Rajbhandari said.

At the same time that Heartfelt Tidbits was mushrooming, Franciscan Ministries was reorganizing its separate programs under one umbrella. What started as a garden program in 2009 organized under Centennial Barn on the grounds of St. Clare, is now its own program under the Franciscan Ministries umbrella along with The Centennial Barn, Our Lady of the Woods, Franciscans for the Poor, Tamar’s Place, and Haircuts from the Heart. 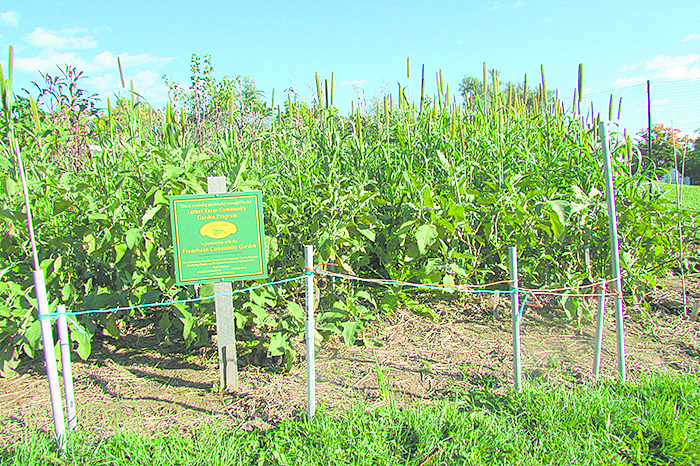