For the first time in more than 10 years, Catholic women in the Tri-State come together for a day of religious reflection, spiritual renewal and a little retail action. The Greater Cincinnati Catholic Women’s Conference that took place Oct. 25 at St. Gertrude Parish in Madeira, brought together 550 women to hear faith-based messages from well-known authors and speakers. Each presenter had a unique topic but the underlying theme was to reflect on women and faith.

“It’s authentic femininity,” said Laura Strietmann, a St. Rose parishioner and one of the organizers of the event.

She added that the event is about “celebrating true womanhood when the culture keeps sending us distorted messages.”

Those messages, she explained, are about contraception, body image, dating, and marriage.

“It’s so nice to have all these people who want to go deeper in their faith and come together as one for something like this,” said attendee Eileen Ramstetter.

Beth Clifford attended the conference with her sister and mother.

“It’s awesome and huge,” she said.

She added the messages aren’t new, “But to walk in and see all those women in the church, it’s inspiring.”

Speakers for the event included broadcaster and author Teresa Tomeo. Her entertaining and enlightening talk on how Jesus can transform lives had the audience laughing and thinking.

Father James Brooks spoke next. The associate pastor from St. Margaret of York in Loveland told the women that before they could really love Jesus they had to get to know Him through prayer.

After a box lunch the women heard from author and editor of Catholic Digest Danielle Bean and Catholic evangelist and speaker,Kelly Wahlquist.

Streitmann says that the event came together at all was the work of the Holy Spirit. A member of St. Gertrude mentioned the idea to the pastor, Dominican Father Andre-Joseph LaCasse. He told her there was money in an account that was left over from the last time the conference was held. One woman mentioned it to another and the idea took root. The executive committee knew to be successful they’d need a big name draw. They went after Tomeo. Research led them to book Father Brooks, Bean and Walquist.

In addition to the messages, attendees were able to learn about 17 different local and national ministries from displays set up in the school gym. Eight Catholic retailers were selling items ranging from jewelry and doll clothes to books and advent calendars. Three priests were on hand to hear confessions. The day wrapped up with Mass celebrated by Archbishop Dennis M. Schnurr.

This article originally appeared in the December 2014 print edition of The Catholic Telegraph.

My Journey: Singer was always on a journey home 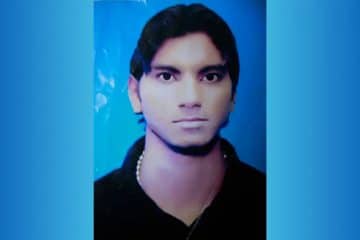