She then spent two decades as a caregiver before retiring to Salem Heights, the Congregation’s central house in Dayton. Since retiring, “most of all I enjoy daily Mass and more time for prayer,” Sister Charlene said. “I try to be helpful when I see a need. God has been good to me.”

Sister Adeline Mertz
Sister Adeline Mertz grew up as a member of St. Patrick Parish in St. Patrick, Ohio, and graduated from Ft. Loramie High School. During her years of active ministry, she served wherever there was a need, including in food service, health service and home arts at Salem Heights and in Burkettsville, Cincinnati, Dayton and Maria Stein, Ohio; and Rensselaer, Indiana.

“Eucharistic Adoration was important to me before I entered the Congregation and continues to be THE most important thing for me today,” Sister Adeline said. “I still pray one hour each evening in the chapel before the Blessed Sacrament before going to bed.”

Sister Jeanette Buehler
Sister Jeanette (M. Paul Agnes) Buehler grew up as a member of Precious Blood Church and graduated from Precious Blood High School (Fatima Hall), both in Dayton. She also earned a bachelor’s degree in elementary education and a master’s in theology from the University of Dayton, as well as a master’s in organizational development from Loyola University Chicago.

During her years of active ministry, she served in elementary education in Dayton and Sedalia, Missouri; retreat ministry in Maria Stein, Ohio; social services in the Over-the-Rhine neighborhood of Cincinnati; and in various congregational positions. Although officially retired, Sister Jeanette remains active by serving on the Catholic Social Action Office’s Anti-Racism Task Force in Dayton; coordinating homicide prayer vigils in the greater Dayton area; and serving as an organizer of the Women’s Interfaith Discussion group.

Sister Jeannine Kloeker
Sister Jeannine (Leo Mary) Kloeker grew up as a member of Sts. Peter and Paul Church in Newport, Ohio, and graduated from Precious Blood High School (Fatima Hall) in Dayton. She also earned certifications as a dietary manager from St. Louis University and in religious education from the Archdiocese of Cincinnati.

During her years of active ministry, she served in food service and administration at the Congregation’s motherhouse and in Burkettsville, Carthagena, Maria Stein, St. Leonard’s and the Maria-Joseph Nursing and Rehabilitation Center, all in Ohio. Now in retirement at Salem Heights, she continues to serve the community as transportation coordinator.

Sister Nancy (M. Alan) Raley grew up as a member of Our Lady of Good Counsel (now Mary Queen of Peace) in Cleveland and graduated from Precious Blood High School (Fatima Hall) in Dayton. She earned a bachelor’s degree in home economics from the University of Dayton, a master’s in institutional administration from Michigan State University, and a certificate in dietetics from St. Marys Hospital in Rochester, Minnesota. She also completed the requirements for licensure as a nursing home administrator.

During her years of active ministry, she worked as a dietitian and nursing home administrator in Dayton and Greenville, Ohio; Flint, Michigan; and Washington, D.C. She also spent several years in congregational leadership. Now in retirement, she continues to serve the community as a volunteer at the food pantry at Catholic Social Services of the Miami Valley.

Sister Theresa Rizzo
Sister Theresa (M. Nicoline) Rizzo grew up as a member of Holy Rosary Church in Cleveland and graduated from Patterson Night School in Dayton. During her years of active ministry, she served wherever there was a need, working in and managing food service operations in Carthagena, Maria Stein and Dayton, and assisting with the care of Sisters at Salem Heights.

“To me, religious life is a spiritual journey,” Sister Theresa said at her 50th anniversary. “My hope is to continue to grow in the spiritual life as a Sister of the Precious Blood.”

During her years of active ministry, Sister Mary Lou served in elementary education in Ohio, North Dakota and Virginia; in parish and diocesan catechetical leadership in Indiana, North Dakota and Ohio; pastoral ministry in Ohio; retreat team ministry in Michigan and Ohio; and public relations at the Maria Stein Shrine. Although officially retired, she remains active by performing vocation committee work with vocation directors in the Toledo diocese; mentoring CPPS candidates; justice, peace and ecology activism, including the community’s Grassroots newsletter; and participating in her parish’s Warm Caps program.

During her years of active ministry, she served as a teacher or principal in St. Joseph, Missouri, and in Dayton, St. Marys and Wapakoneta, Ohio. She was also director of religious education in Colorado and pastoral associate in Delaware, Ohio. For the past eight years, she has served on the Congregation’s leadership team.

Sister Mary (Dolores Marie) Wendeln grew up as a member of St. Mary Catholic Church and graduated from Julienne High School, both in Dayton. She earned a bachelor’s degree in elementary education from the University of Dayton, a master’s in education from Marygrove College in Detroit, and a certificate in missiology from Washington Theological Union. She is also an Accredited Representative for the U.S. Department of Justice.

During her years of active ministry, she taught preschool and primary grades in Arizona, Maryland, Ohio and Virginia. She coordinated youth programs in Washington, D.C. and served as an immigration advocate in Maryland, Ohio and Washington, D.C. Although officially retired, Sister Mary remains active as a volunteer DOJ Accredited Representative in the Immigration Legal Services office at Catholic Charities Southwestern Ohio. 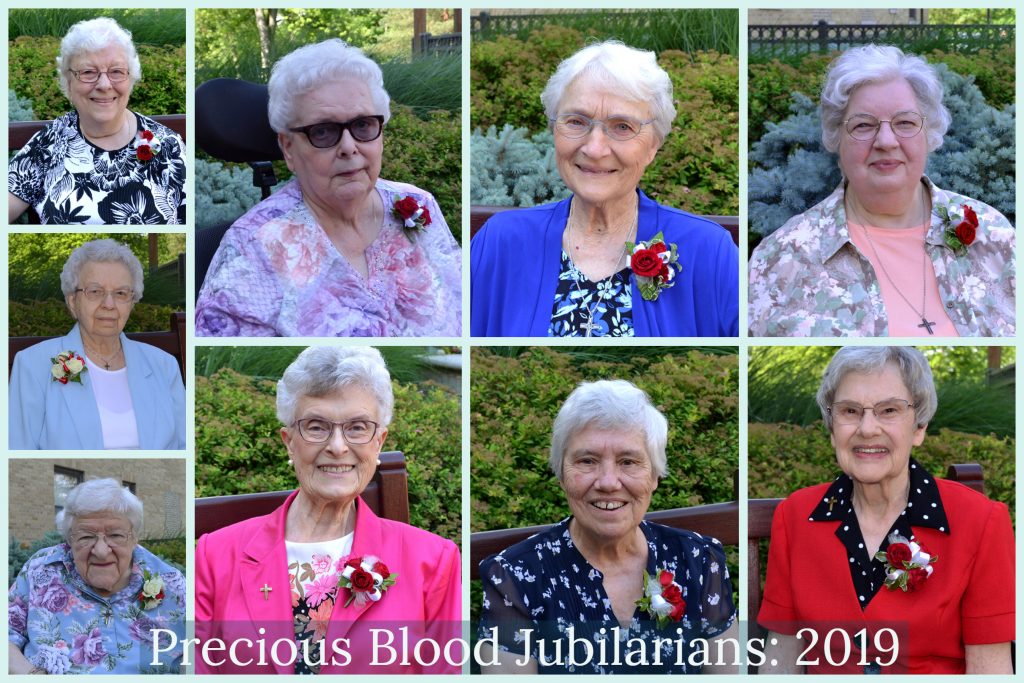