WASHINGTON — The Little Sisters of the Poor and a Catholic college are the latest Catholic entities to file a lawsuit against the Department of Health and Human Services over its mandate that most religious employers’ health insurance plans cover contraceptives, sterilization and some abortion-inducing drugs free of charge.

The Becket Fund for Religious Liberty Sept. 24 filed suit in Federal District Court in Denver on behalf of the order of women religious, saying it said does not “fall within the government’s narrow exemption for ‘religious employers'” despite the fact homes run by the sisters “perform a religious ministry of caring for the elderly poor.”

The Little Sisters of the Poor are connected to Cincinnati, running the St. Paul’s Home in Clifton. The order has had a presence there since 1868.

In a statement released in Washington by the Becket Fund, Sister Loraine Marie, superior for one of the three Little Sisters of the Poor U.S. provinces, stated: “Like all of the Little Sisters, I have vowed to God and the Roman Catholic Church that I will treat all life as valuable, and I have dedicated my life to that work. We cannot violate our vows by participating in the government’s program to provide access to abortion-inducing drugs.”

The HHS mandate, part of the Affordable Care Act, includes an exemption for some religious employers that fit the criterion for a nonprofit organization as specified by certain sections of the federal Internal Revenue Code, namely those referring to “churches, their integrated auxiliaries, and conventions or associations of churches, as well as to the exclusively religious activities of any religious order.”

The Little Sisters of the Poor do not fit the exemption. The order would have to comply with an HHS accommodation for nonexempt religious entities and provide the contraceptive coverage through a third-party administrator who must ensure that payments for contraceptive services come from outside the objecting organization’s premiums.

“The sisters should obviously be exempted as ‘religious employers,’ but the government has refused to expand its definition,” said Mark Rienzi, Becket’s senior counsel and lead counsel for the order.

“These women just want to take care of the elderly poor without being forced to violate the faith that animates their work,” he said in a statement. “The money they collect should be used to care for the poor like it always has — and not to pay the IRS.”

Final rules issued by HHS June 28 extended the deadline for nonexempt religious employers to implement the mandate, setting it for Jan. 1, 2014. If those employers do not comply, they will face IRS fines.

The Little Sisters of the Poor released the following statement on their website.

“The Little Sisters of the Poor vow to support and follow the teachings of the Catholic Church, including teachings on the inherent value and dignity of every human person. Unfortunately, the federal government has passed a regulation, known as the HHS Contraceptive Mandate, that would force us to disobey Catholic teachings by arranging our health benefit plans to provide no-cost access to abortion-inducing drugs or devices, sterilization, and all FDA-approved contraceptives.

We believe the government’s attempt to coerce us in this manner is wrong, and that it violates our religious liberty. So, like many other Catholic and religious institutions around the country, we felt the need to seek legal recourse. On September 24, 2013 the Becket Fund filed a lawsuit on our behalf asking federal courts to protect us from being forced to violate our beliefs. By filing this case we are simply asking for the right to continue with our ministry as we’ve always conducted it: caring for the elderly poor, and providing health benefits to our employees, but without coverage for abortion, sterilization, and contraception.

With God’s help, we are praying for a positive outcome in this case.”

Pope Francis to declare St. Irenaeus a Doctor of the Church with title ‘Doctor of Unity’ 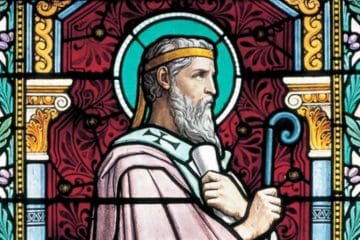