At Catholic schools, heritage centers, nursing homes and other locations around the Archdiocese of Cincinnati, those observing St. Patrick’s Day are likely to come in contact with irish dance.

Though not an explicitly Catholic activity, irish dance gets most of its exposure on the feast of St. Patrick, the patron saint of Ireland. Since said feast is today, irish dance is the subject of this Throwback Thursday.

The history of irish dance isn’t particularly clear, but it was spread by traveling “dancing masters” in Ireland at least by the 18th century. In modern times, irish dance exploded in popularity in the mid-1990s when Riverdance made its debut.

Irish dance is taught to beginners as young as 5 years old and classes and competitions exist for most every age through adulthood. An irish dance competition is called a feis. (The North American Feis Commission lists all feiseanna on its website. There are typically at least three feiseanna in the Archdiocese of Cincinnati’s general area.

The black and white photos with this article come from March of 1988 and 1989 in The Catholic Telegraph and both McGing Irish Dancers, a school now based in Blue Ash. The dancer in the solo photo, Erin Rider, was then a student at Mount Notre Dame High School. She qualified for the World Championship of Irish Dance in 1989. She is pictured in a “solo dress,” worn by dancers competing at higher levels.

The Throwback Thursday team glanced around at various Irish dance schools’ social media accounts to see if any were performing at Catholic schools and found an interesting connection. Just one school’s public schedule included Catholic school performances and one of its teachers just happens to be in the group photo.

New Vatican instruction: Identity of Catholic schools to be respected by teachers, students 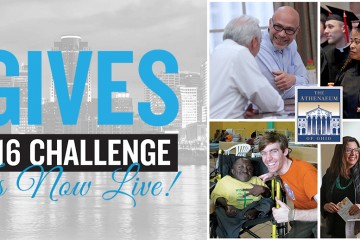