This story was originally published June 4, 2015.

There was a time not so long ago where the amount of time it took between a newspaper story being written and it being published was several hours at a minimum. By contrast, this Throwback Thursday post was written and published within the same hour.*
*(43 minutes, but who’s counting?)

Newspaper production has come a long way since the image pictured above at right from the Feb. 17, 1961 edition of The Catholic Telegraph Register. The bulky device is called a teletypesetter (TTS) machine located in this newspaper’s Dayton office. Pictured are then-editor Monsignor Edward C. Graham and secretary Mary Lou Wegman.

Through this machine, which was new in 1961, The Catholic Telegraph Register received wire news updates from Washington D.C. and the National Catholic Welfare Conference (NCWC).

The updates came in just twice a week and on a tape-sized roll of paper that would need to be fed into another machine for typesetting. About a billion steps* later, it would be laid out and printed in the paper. (*ok maybe not quite a billion, but it was a lengthy process)

Later the NCWC evolved into the U.S. Conference of Catholic Bishops and the news wire became the Catholic News Service (CNS).

The Catholic Telegraph still gets its national and international news primarily through CNS, but the method isn’t teletype. Now an internet-based wire dispatch, seen in the present day photo, provides news updates in real time and online publishing takes but a few clicks of a button.

For print publication, The Catholic Telegraph now “sets type” with Adobe InDesign, a digital layout program that can also be seen in the present day photo attached to this post.

Even when making the printed edition of The Catholic Telegraph, the speed and accuracy of digital publishing can get the final copy from our computers to a printing press in short order. Cox Media, our printer, can get The CT from plate to paper in just a few hours.

What used to take countless machines scores of hours can now all be done from one computer in minutes. The Catholic Telegraph still provides high-quality stories and information in our monthly publication, but through this website, we’re a constantly updating snapshot of Catholic life in this archdiocese, the nation and even the world.

The Catholic roots of Regis Philbin 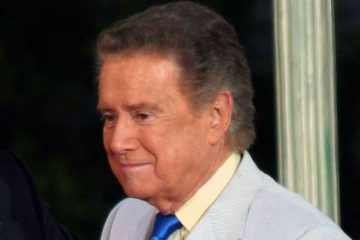