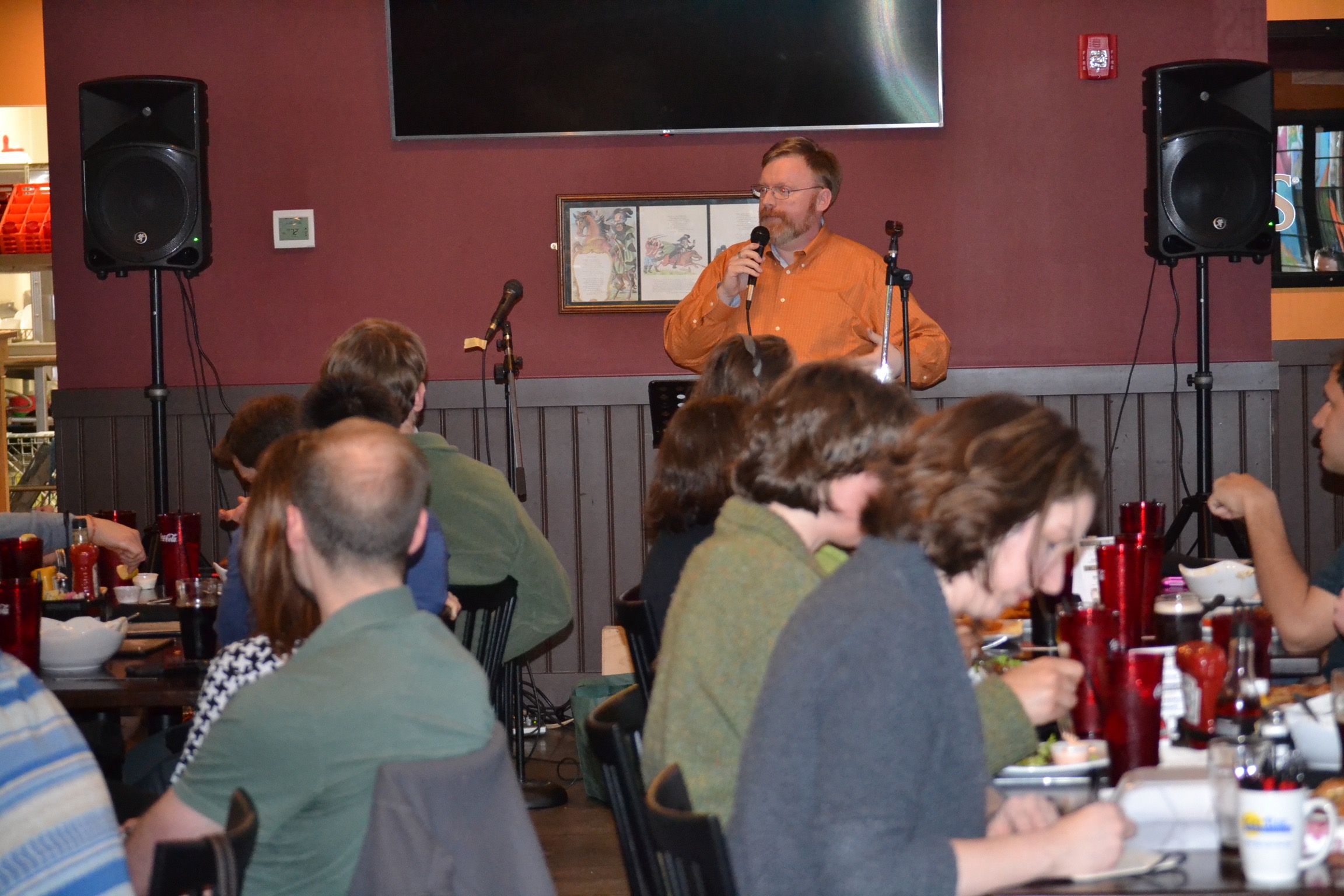 Theology on Tap is a lecture and discussion series for people in their 20’s and 30’s, single or married. It is sponsored by the Archdiocese of Cincinnati and local parishes. They meet in a local bar or restaurant for food, drink and lively discussion about Catholic faith. It’s a chance to meet new friends through faith-filled and thought provoking conversation in a casual, relaxed atmosphere.

The night begins with a half an hour gathering time. Each night there is a speaker about various faith filled topics. On this night it was Stewardship: What do you own, and what owns you? The speakers were Michael Vanderburgh and Helen Fahey of the Stewardship Office.

Michael Vanderburgh, Chief Development Officer and Director of Stewardship, spoke about talents, specifically the Parable of Talents. He related that Jesus gave five talents to one, to another two, and to another one. As we know, the one with five talents gave back five and five more, the one with two gave back two and two more, and the one with one buried it. That’s what stewardship is all about: giving back the talents. The one who buried his talent it was noted he was afraid, and hid his talent.

Helen Fahey, Director of Leadership Giving, related a story about the OneFaith OneHope OneLove campaign where they went to one area, particularly hit by the recession, met a family who had little, but managed to give what they could and how inspirational that has been.

The evening usually has an exercise and a question and answer period.

Currently the Archdiocese of Cincinnati has Two Theology on Tap Sessions this spring. In the Cincinnati area the sessions are at Molly Malone’s in Pleasant Ridge, and in Dayton at Oregon Express.
For more information, click here 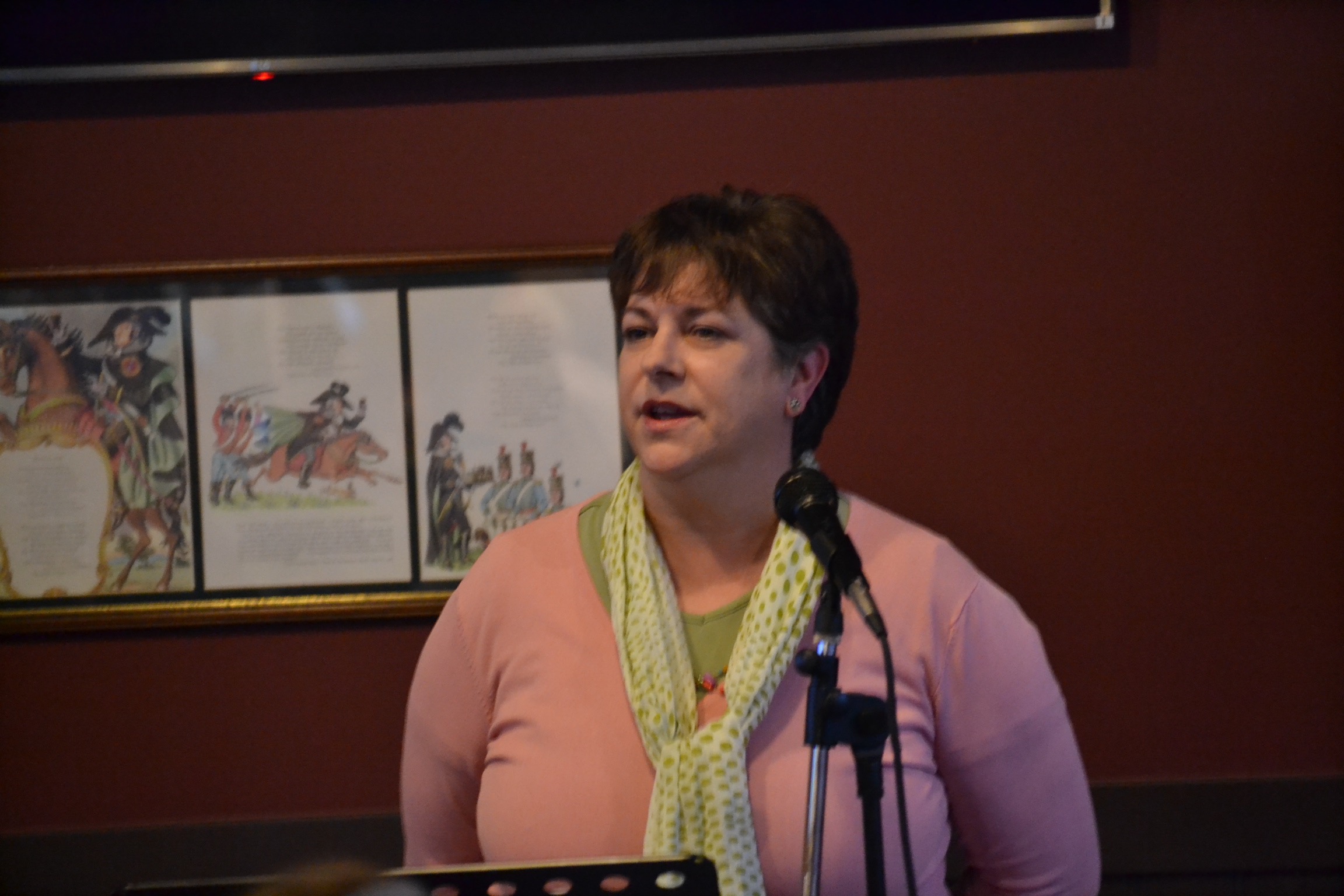 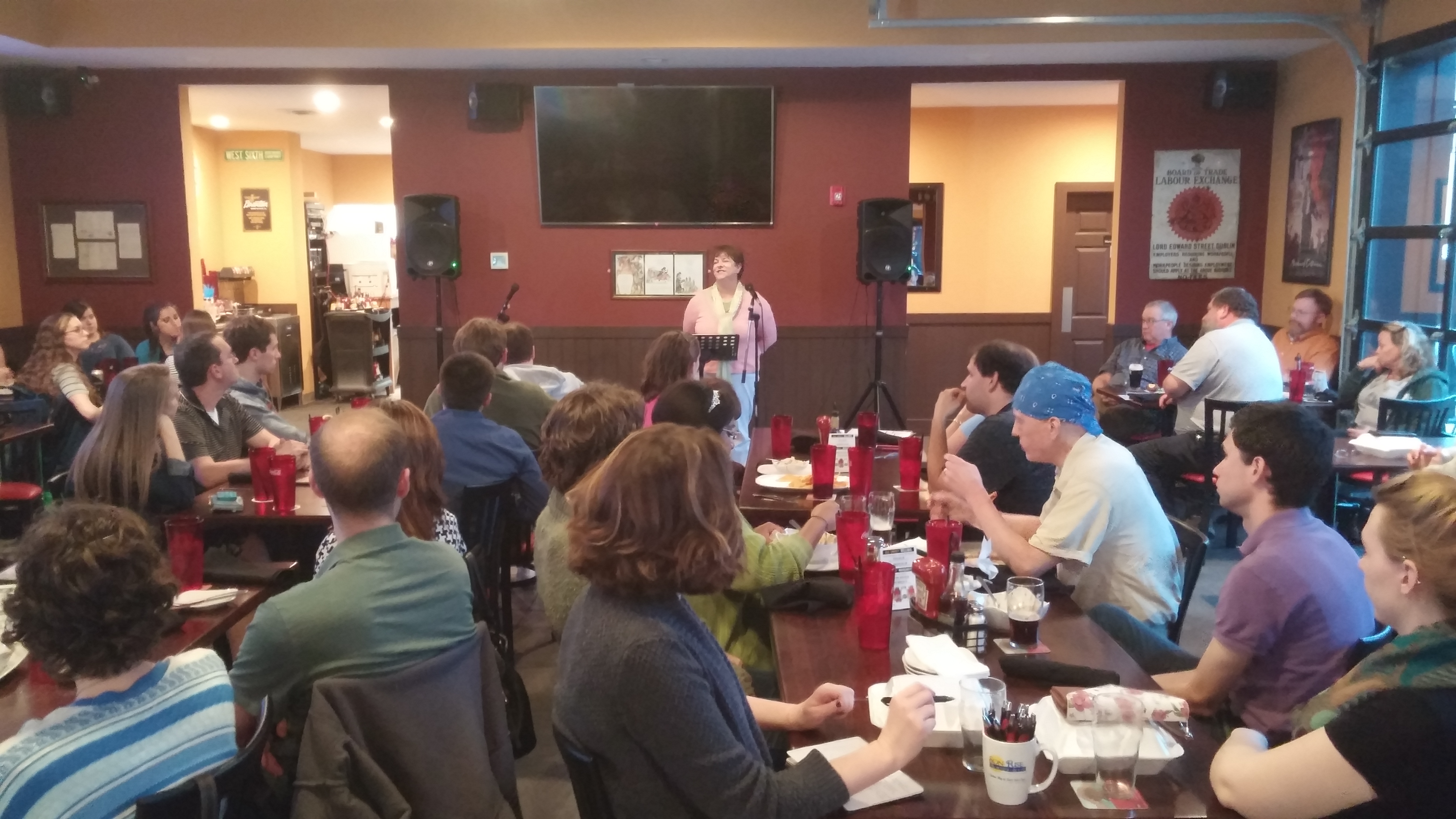 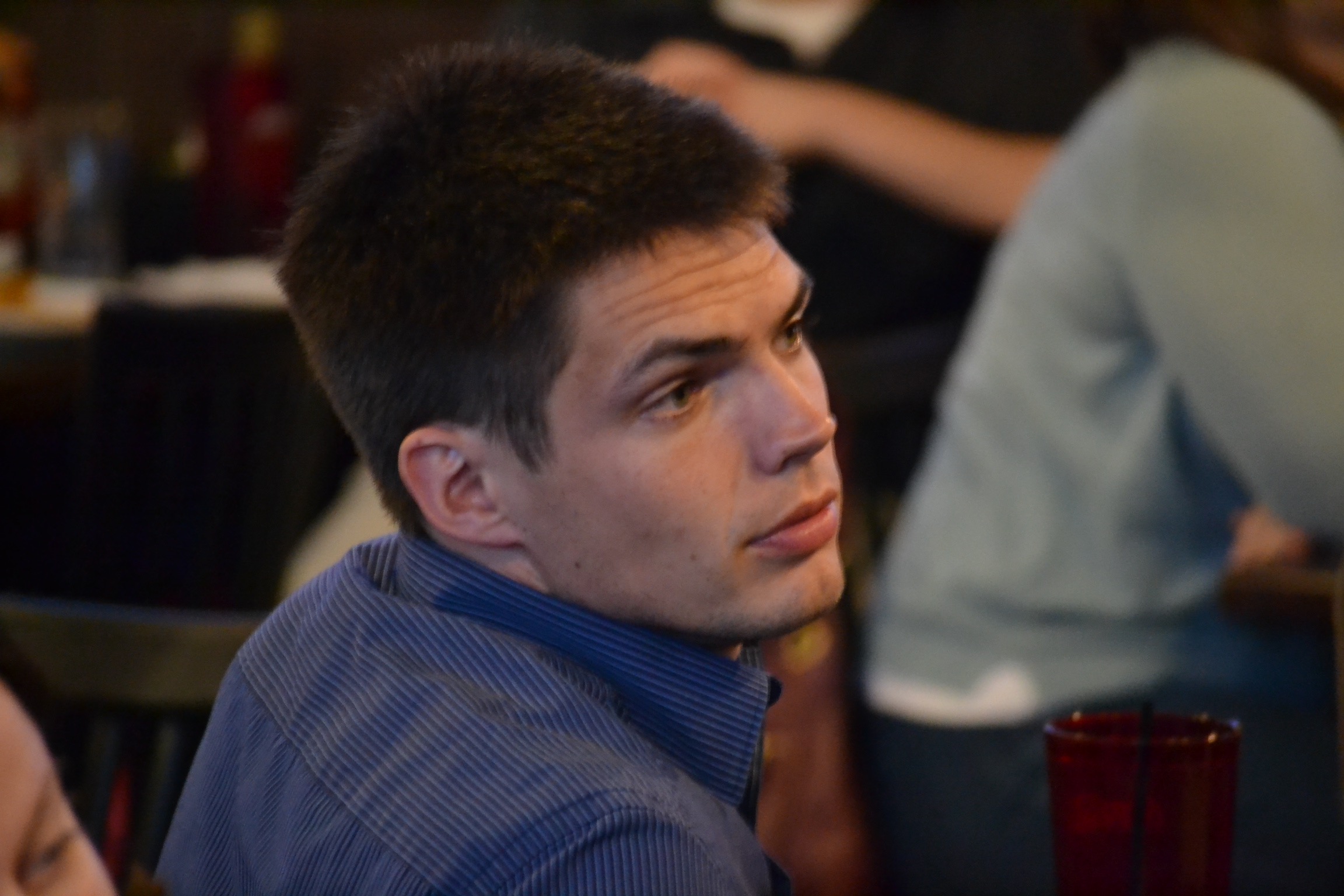 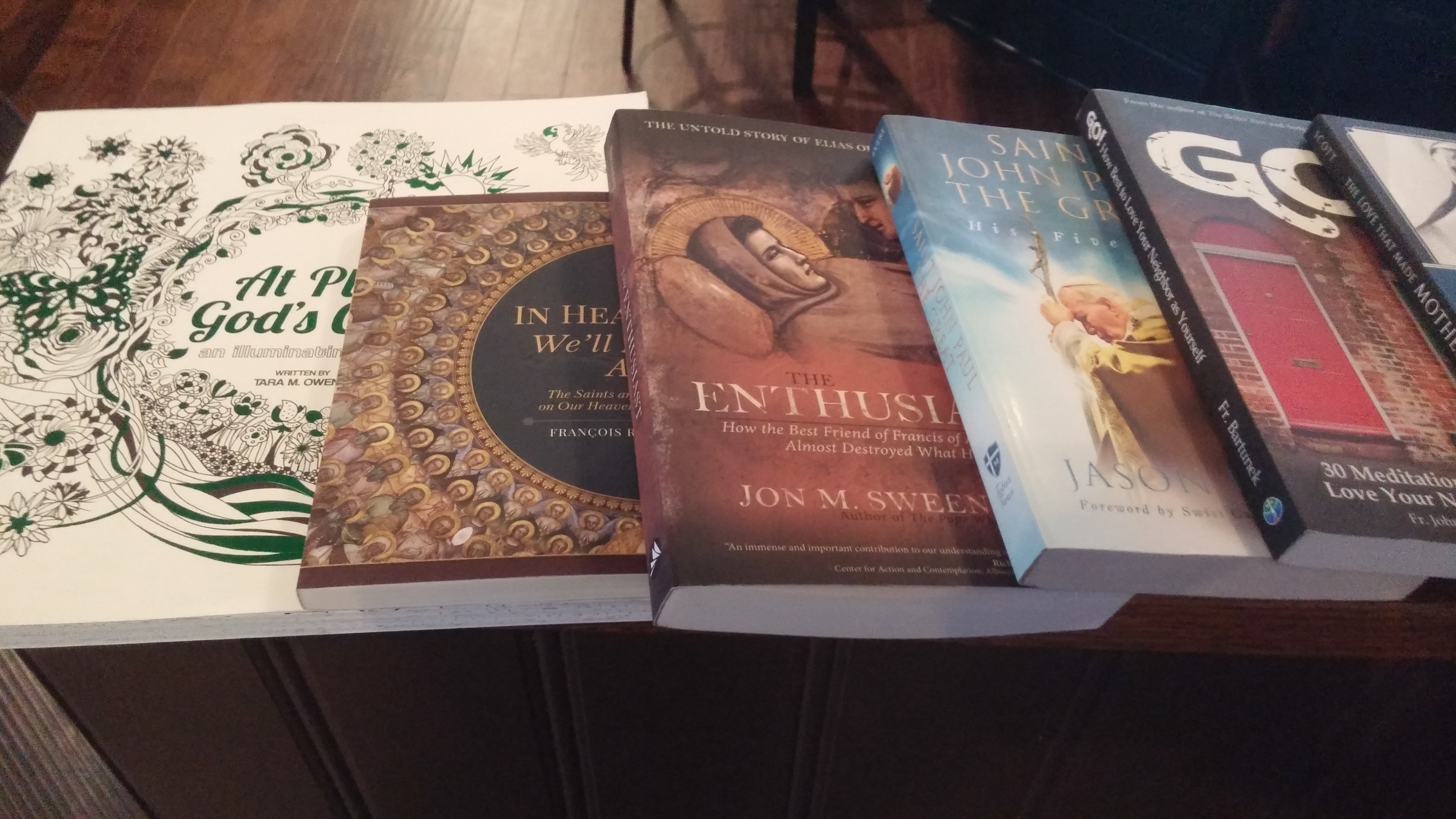 Theology on Tap in Dayton

Fall Theology on Tap in Dayton