VATICAN CITY — Pope Francis and his international Council of Cardinals continue to study the most effective and efficient way to organize the Roman Curia, a large bureaucracy with a long history of expansions and a few, short-term, attempts at consolidation.

For centuries, popes were assisted in their ministry by the cardinals meeting in consistories; the practical matters were handled by what was called the Apostolic Chancery. But as the church grew and matters became more complicated and more time-sensitive, offices were added. The first was the Sacred Congregation for the Inquisition, a tribunal established in 1542 by Pope Paul III to judge heresy and orthodoxy.

Over the next four decades, a few other offices were added, but an organized Roman Curia came into existence only with Pope Sixtus V in 1588.

Currently the principal offices of the Roman Curia are the Secretariat of State, nine congregations headed by cardinals and 12 pontifical councils led by cardinals or archbishops. The offices share the mission of helping the pope carrying out his ministry “for the good and service of the whole church and of the particular churches,” according to St. John Paul II’s 1988 apostolic constitution “Pastor Bonus” (“The Good Shepherd”).

In a December address to officials from the curial offices, Pope Francis said he knows there are saints among them, but a renewed commitment to service and humility always is necessary.

“When the attitude is no longer one of service to the particular churches and their bishops, the structure of the Curia turns into a ponderous, bureaucratic customs house, constantly inspecting and questioning, hindering the working of the Holy Spirit and the growth of God’s people,” he said.

In a first step toward reorganizing the Curia, Pope Francis created the Secretariat for the Economy in February.

With only a few modifications, the current structure of the Roman Curia was established by St. John Paul with “Pastor Bonus.”

While the apostolic constitution affirms the curial offices are “juridically equal among themselves,” the congregations are entrusted by the pope with more direct jurisdiction over church matters than the pontifical councils have.

Here is a brief history of the current secretariats and congregations, based mainly on historical notes included in the Annuario Pontificio, the Vatican yearbook:

— Section for Relations with States

The current structure of the Secretariat of State — with one section dealing with internal church affairs and the other acting as the Vatican’s foreign ministry — and its role as the coordinating body for the work of the entire Roman Curia was set out in “Pastor Bonus.” The ancient roots of the office go back to the actual secretaries of the popes, including those responsible for corresponding with Vatican nuncios, or ambassadors, around the world.

Secretariat for the Economy

The secretariat answers to the Council for the Economy and exercises authority over all economic and administrative activities within the Holy See and the Vatican City State, including budget making, financial planning, hiring, procurement and the preparation of detailed financial statements.

1. Congregation for the Doctrine of the Faith

The oldest of the congregations, it began as a commission of six cardinals who served as a tribunal for judging suspected cases of heresy and schism. The doctrinal office is charged with promoting and defending the Catholic faith. Until 1968, the pope himself held the title of prefect of the congregation and would appoint a cardinal as secretary or pro-prefect.

Established by Pope Pius IX in 1862 as a section for the affairs of the “Oriental rites” within the Congregation for the Propagation of the Faith, it became a separate entity in 1917. The congregation is charged with assisting the Eastern Catholic Churches, Eastern Catholic faithful living in predominantly Latin-rite areas and the churches present throughout the Holy Land.

3. Congregation for Divine Worship and the Sacraments

— The congregation, which deals with liturgical questions and the celebration of the sacraments, has been the subject of alternating periods of autonomy and consolidation. The Congregation for the Discipline of the Sacraments was established by Pope Pius X in 1908. The Congregation for Divine Worship was established in 1969 by Pope Paul VI. Pope Paul united the two offices in 1975 and then, in 1984, Pope John Paul made them autonomous. Four years later, with “Pastor Bonus” the two were again joined.

— The office handling the process for investigating sainthood candidates and preparing their canonizations was established by Pope Sixtus V in 1588. At the time, the congregation also dealt with questions of the liturgy and divine worship. According to the Annuario Pontificio, the two offices were one because the sainthood process concludes with the candidate being added to the church’s liturgical calendar. The two sections were made separate congregations by Pope Paul VI in 1969.

The congregation, also set up in 1588, initially was responsible primarily for the creation or amalgamation of dioceses. In 1908, Pope Pius X added to its tasks coordinating the search for new bishops to be named by the pope, oversight of the way bishops governed dioceses and responsibility for setting policies for seminaries. In 1958, Pope Pius XII established the Pontifical Commission for Latin America, placing it under the Congregation for Bishops’ jurisdiction. Pope Paul VI made some slight changes in 1967 and the congregation’s current form was established with “Pastor Bonus.”

6. Congregation for the Evangelization of Peoples

The congregation traces its origins back to the commissions of cardinals Pope Pius V and Pope Gregory XIII set up in the late 1500s to coordinate foreign missions, including in India and in newly Protestant parts of northern Europe. In 1599, Pope Clement VIII established the Congregation for the Propagation of the Faith, but it existed only for a few years. Pope Gregory XV re-established it in 1622. According to “Pastor Bonus,” the congregation promotes evangelization and missionary cooperation around the globe and has special responsibility for bishops, dioceses and developing jurisdictions in Africa, the Far East and parts of the Pacific and Latin America.

Known as the Congregation of the Council until 1967, the office was established in 1564 to promote the correct interpretation and implementation of the decrees of the Council of Trent. Over time, those tasks were assigned to different Vatican offices and, little by little, the congregation was given other responsibilities. “Pastor Bonus” decreed it would promote the spiritual, pastoral and intellectual development of diocesan priests and permanent deacons, oversee priests’ councils and parish councils and the correct administration of church goods. It also was responsible for promoting catechesis, a responsibility Pope Benedict XVI transferred to the Pontifical Council for Promoting New Evangelization in early 2013. Pope Benedict also gave the congregation responsibility for overseeing seminary education, a task that had belonged to the Congregation for Catholic Education.

8. Congregation for Institutes of Consecrated Life and Societies of Apostolic Life

The congregation dealing with religious orders and consecrated men and women was established by Pope Sixtus in 1586 and confirmed two years later in his Roman Curia organization. In 1601, the congregation was expanded to include responsibility for bishops as well, but in 1908 it went back to focusing on religious. The office approves the constitutions of religious orders as well as promoting the holiness of life of individual religious and consecrated virgins.

9. Congregation for Catholic Education (and Institutes of Study)

Pope Benedict slightly altered the congregation’s name in 2013, removing “of Seminaries” from the parentheses when he gave the Congregation for Clergy responsibility for seminary oversight. The congregation is part of the original Roman Curia and was set up in 1588 to coordinate studies at major church-run universities in Rome, Bologna, Paris and Salamanca. In 1967, Pope Paul added an office for Catholic schools to congregation. 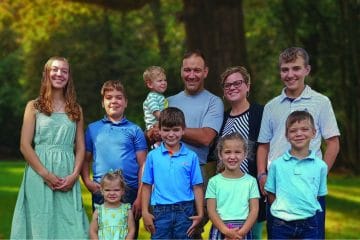